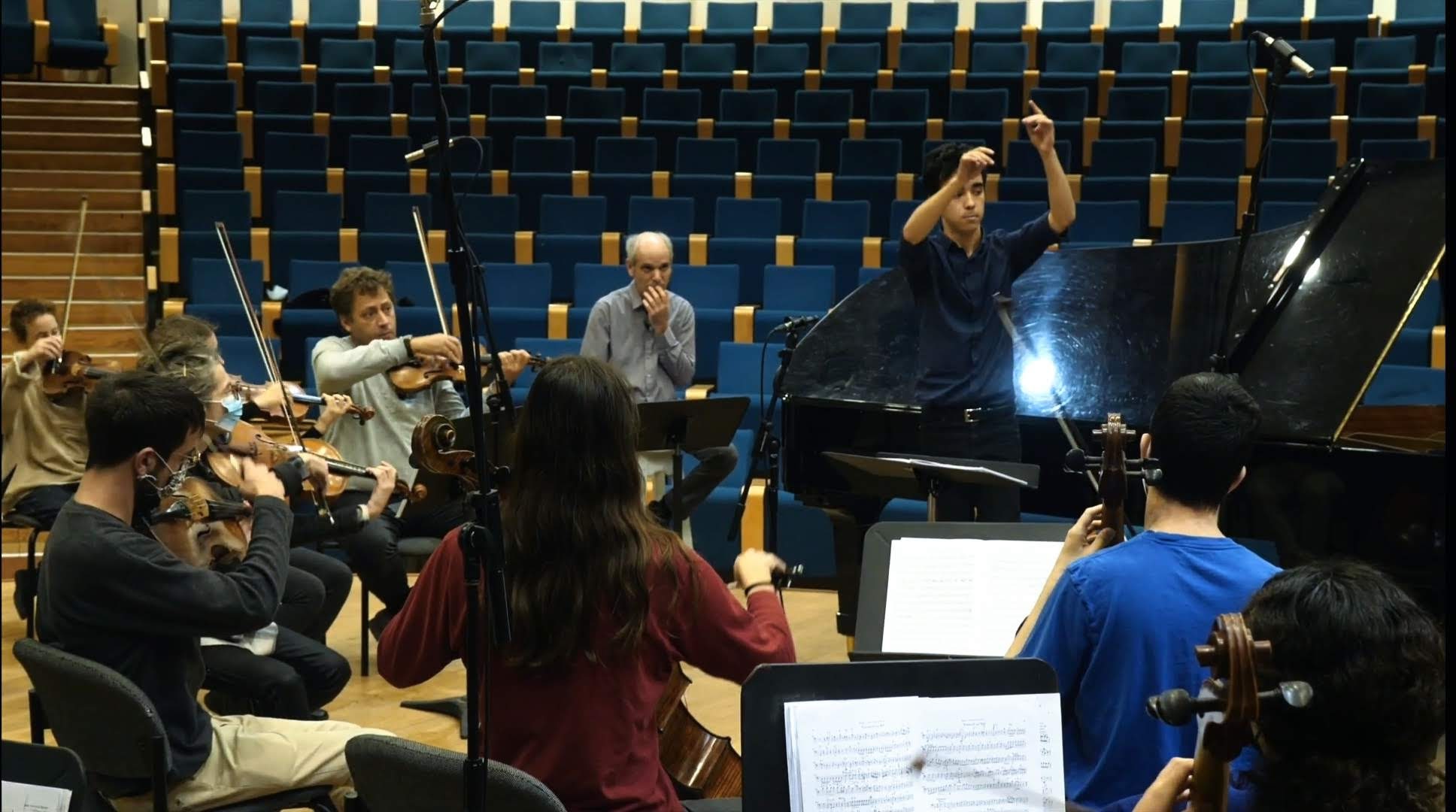 Adi Ivgi is an Israeli Violinist, Arranger, Conductor & Composer. Born in Be’er Sheva in 2002, Adi began studying violin and composition at the age of 5 at the Be’er Sheva Music Conservatory. After graduating from the Israeli Conservatory of Music in Tel Aviv, where he studied with Dr. Guy Figer, he is currently studying violin with Prof. Hagai Shaham at the Buchmann-Mehta School of Music at Tel Aviv University, and Composition with Composer and Arranger Yonatan Keret.


Adi has been a recipient of the America-Israel Cultural Foundation scholarships since 2019. He has won several competitions, including the America Israel Cultural Foundation, the Israel Philharmonic Orchestra Scholarship, named after Dalia Maroz, the Leah Porat Gur Award Competition, and the Sarni Foundation Competition. Adi has been a recipient of the Ronen Foundation since 2021.
Adi has performed as a soloist with several orchestras, such as the Israeli Camerata, the Israeli Sinfonietta in Beer Sheva, the Tel Aviv Soloists Ensemble and the Ashdod Symphony Orchestra. As an orchestral performer, Adi has led the Buchmann-Mehta Symphony Orchestra as the concertmaster under Maestro Ilan Volkov.


Throughout the many masterclasses and projects Adi has participated in, at solo, chamber and orchestral performances, he had the privilege of working under the instruction of such prominent artists & pedagogues as world-class violinists Alexandra Conunova and Miriam Fried, as well as with other renowned musicians such as Lahav Shani, Ilan Volkov, Alan Gilbert, Menachem Pressler, Grigory Kalinovsky, Asaf Zohar, Kiril Petrenko and Krzysztof Korzelski, among many others.


Adi has graduated as one of the leading violinists in all major Excellence Programs of the Jerusalem Music Center, Including the Young Israel Philharmonic Orchestra, the David Goldman Program for Outstanding Young Musicians, and the Huberman Project for aspiring Soloists.


Adi Plays a violin Previously owned by Ilona Feher, one of Israel's most legendary violin pedagogues and a student of Jenos Hubay and Ernest Bloch, generously loaned to him by The Ilona Feher Foundation. 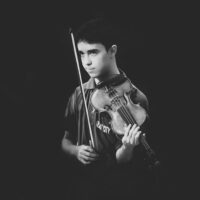