Adi Neuhaus is a laureate of several competitions. He is a finalist at the International Vendome Prize, Verbier (2014), and a first prize winner at the “Piano Forever” competition, Ashdod (2013), the Voice of Music “Young Artists Competition,” Jerusalem (2012), and the International Scriabin Competition, Moscow (2010). Adi is also a recipient of America-Israel Cultural Foundation Scholarships, as well as a “Tzfunot Tarbut” grant (2013), and a Mushkin Prize (2010). Adi’s education at the JAMD is fully sponsored by Mrs. and Mr. Sagy.

Adi Neuhaus performs extensively in major venues in Israel and abroad, as soloist and in chamber music. He recently made his European debut at the Louvre Auditorium in Paris. His Asian debut was at the concert hall of the Hong Kong Academy for Performing Arts. In addition, Adi performed recitals at the Tbilisi State Conservatory, and appeared as soloist with the “Cantus Firmus” Orchestra, Moscow, the Tbilisi Symphony Orchestra, the Georgian National Philharmonic Orchestra, the Ashdod Symphony Orchestra, the Israeli Chamber Orchestra, the Alicante Symphony Orchestra, and several times with the Jerusalem Symphony Orchestra, including a performance with maestro Frederic Chaslin. Abroad, Adi Neuhaus appeared in the US in Providence, Houston, Miami, and Chicago. He participated in “Les Sommets du Classique” festival in Crans-Montana, Switzerland, the Telavi International Music Festival (Georgia), the Vladimir Nielson Piano Festival (USA), in the Academy of the Verbier Festival, Switzerland, and in the International Music Festival in Perugia, Italy.

Adi also performs extensively in major Israeli venues. These include live IBA broadcasts from the Eden-Tamir Music Center in Ein-Karem, concerts under the auspices of the Israel Festival, Brigham-Young University’s Sunday evening concerts series, the Springer Auditorium at the Jerusalem Museum, the auditorium of the Tel Aviv Museum, the Haifa auditorium, and the Henry Crown Symphony Hall in Jerusalem.

Adi’s near future engagements include an all-Israeli tour with the combined Ashdod and Israeli Chamber Orchestras, and recitals in Israel, Ukraine, Georgia,Switzerland and the US, among many others.

Despite Adi’s rich family musical heritage, his parents did everything possible not to have an influence on him, in order to let him grow as an individual artistic personality. For this reason he was sent to study in Jerusalem from a very young age. Pianist Murray Perahia, for whom Adi was very fortunate to play several times, had a profound impact in forming his musical personality.

Born in 1996 in Tel-Aviv, Israel, Adi Neuhaus is a student at the Conservatory of the Jerusalem Academy of Music and Dance, piano class of Mrs. Lea Agmon. Descendent of the legendary pianists and teachers Heinrich and Stanislav Neuhaus, Adi began his early musical education at age 5 with his mother Irina and his father Heinrich. 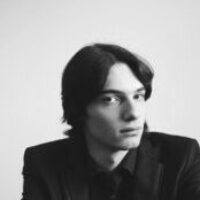