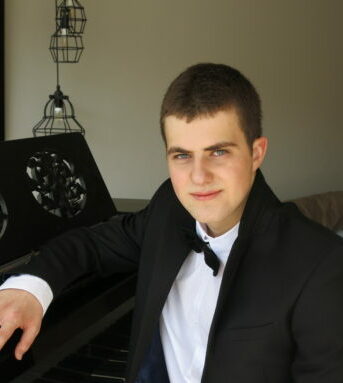 Alon Mamo, born 1997, Israel, is a student at the Jerusalem Academy of Music and Dance, piano class of Prof. Michael Boguslavsky, and serves in Israeli Army (IDF), as an “outstanding musician”.

Alon performs in Israel and abroad as a soloist and in chamber music.

In June 2016 Alon performed two piano concertos by Bach with “Millennium Ensemble” in the Israel Festival. In December 2015 Alon performed Mozart’s triple concerto with Jerusalem Symphony Orchestra (IBA) in the “Pianos” Festival. In November 2014, Alon performed as a prizewinner of the Young Artist Competition with the conducted by Maestro Uri Segal, at the Henry Crown Auditorium, the Jerusalem Theater. In September 2014, Alon played a concerto with the Ashdod Symphony Orchestra in a concert for the “Piano Forever” Competition winners.

In Israel he performed at the Springer Auditorium, Israel Museum; live IBA broadcasts from the Eden-Tamir Music Center in Ein-Karem; and concerts at the Israel Festival.

Abroad, in November 2015 Alon played two recitals in Hong-Kong and recorded for the radio of Hong-Kong (RTHK). In 2013 2014 and 2016 he participated in the International Music Festivals “Music-Fest Perugia” held in Perugia, Italy, where he performed with the Ashdod Symphony Orchestra, Israel, conducted by Maestro Uri Segal and with the Alicante University Philharmonic Orchestra, Spain, conducted by Mihnea Ignat.

He is an America-Israel Cultural Foundation Scholarship recipient since 2014. Alon has been accepted to the prestigious chamber music program in 2016-17 in the Jerusalem Music and Dance Academy, and was awarded full scholarship. Alon is a prizewinner of the Voice of Music (IBA) “Young Artist National Competition” 2014 for soloists and of the “Piano Forever National Competition” 2013, Ashdod, Israel. 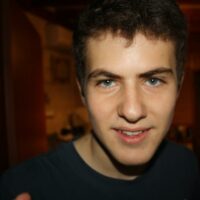