Ostrun Alon was born in Israel in 1995. He studied in the multidisciplinary Amal “Lady Davis” high school in Tel Aviv, and has been studying classical music for 13 years, specializing in piano.

Ostrun Alon began studying music in the Israeli Conservatory of music named after Shtriker in Tel Aviv; he continued his musical studies in the class of Vag Papian, the piano player and conductor who also teaches in the Musical Academy in Tel Aviv.
Alon studied in the class of Mrs. Lea Agmon, director and teacher at the Conservatory attached to the Jerusalem Academy of Music and Dance for 5 years.

In 2012 Ostrun Alon was for the first time awarded the scholarship of the America-Israel Cultural Foundation for piano musicians.

In April 2012 on the occasion of celebrating the Israel Independence Day, Alon and his twin brother Guy, were invited to play as a duo in 4 hands before the donators’ audience in Hong Kong. They performed a piece “Slavonian Dances” by Dvorak during this event. In addition, Alon was introduced to the Musical Academy Dean and played Etude No.12, Opus 8 by Scriabin to him.

In March 2011 Alon performed in London as part of the evening event organized by the Jewish community with the Israeli embassy in England for the cancer stricken Israeli children. During the event Alon Ostrun and his twin brother Guy Ostrun played “Allegro Brilliant” by Mendelssohn (4 hands). Moreover, in 2011-2012 Alon took part in “Tel Hai International Piano Master Classes”. As part of the course, he studied in the workshop of the duo Yuval Admoni and Tami Kanazawa, as well as that of Prof. Emmanuel Krasovsky. He also took lessons from such well known teachers as Prof. Asaf Zohar, Prof. Victor Derevianko, Prof. Vladimir Tropp, Prof. Gabriel Chodos and Prof. Dmitry Bashkirov.

During alon’s Studies in Jerusalem he performed at concerts with outstanding piano musicians as part of the Aldwell project; these concerts were broadcasted live by the “Kol Ha-Musica” (“Voice of Music”) radio channel. As part of the Aldwell project Alon took part in many master classes and performed different pieces in the presence of Mrs. Sonia Roubinsky, Dr. David Dolan, Prof. Gabriel Chodos,mr. Robert levin, Dr. Joseph Kalichstein , prof Tomer lev, Mr. Noam Sivan, Prof. Alexander Tamir, Prof. Emmanuel Krasovsky and many others.
In 2011 Alon took part in the Israeli Piano Duo festival. In 2013 Alon was admitted to the Buchman-Mehta school of music.
Alon studied for his bachelor degree at the buchman-Mehta school of music in the class of prof. Emanuel krasovsky and prof. Arnon erez.

In 2015 , Alon and guy were invited to perform for the Israeli president – Reuven Rivlin. The twins were playing in the presiden’s residence . They played dvorak slavonic dance no 8 , in g minor.

In 2017 Alon and his brother guy were invited to play as a duo in heichal hatarbut in Tel Aviv – Charles bronfman hall .

Alon has received excellence scholarships in a row in all his 4 years of studies from the buchmann-Mehta school of music. In 2017 Alon finished his bachelor studies . Alon is heading to his master studies in this coming year together with his twin brother, guy, as chamber music players. Alon and guy are going to study as a duo in the class of prof. Arnon erez and the duo mr. Yuval Admoni and Mrs. Tami Kanazawa.

alon is funded by the Ronen Foundation and from the Buchmann-Heyman foundation since 2018.

alon and his brother guy were invited to participate in the international writers festival that located in JMC , mishkenot sh’ananim in this coming may. 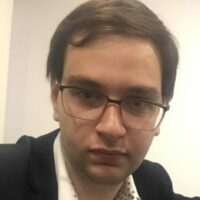