Amit Dubester is an Israeli-born classical saxophonist. Amit began his musical studies in the Kfar Saba Conservatory. In 2005, he joined the class of Gan Lev in Tel Aviv.

Receiver of the AICF (America-Israel Cultural Foundation) scholarships in 2005-2009 as a member of the Kfar Saba and Tel Aviv Saxophone Quartets, and with distinction in 2009- 2014 as a soloist.

While pursuing his studies in Europe, Amit has enjoyed generous support by the French Embassy in Israel, as well as from the “Tzfunot Tarbut” Association.

Amit has appeared as a soloist with various orchestras in Israel (Israeli Chamber Orchestra, Netanya-Hakibutzim Orchestra, in the Tel Aviv Museum of Art), as well as in Europe (Orchestre Philharmonique de Strasbourg, in the Palais des Musiques et des Congrès), and has performed both as a soloist and as member of different chamber music groups in some of the world’s most renowned concert halls – Berlin Philharmonie, Musikverein Vienna, Tonhalle Zürich, Charles Bronfman Auditorium (Israel Philharmonic), and the Kölner Philharmonie, to name a few.

In addition, Amit has been invited to perform and record with some of the world’s leading contemporary ensembles, such as Ensemble Ictus (Brussels) and the Israel Contemporary Players (Tel Aviv), and has been invited to perform a solo recital in the “Tzlil Meudcan” Festival (Tel Aviv), organised by Ensemble Nikel. Furthermore, he has put it as an important artistic mission to collaborate with young and promising Israeli composers, which has led to innovative projects with composers as Goni Peles, Avshalom Ariel, Udi Perlman, and more.

In 2014, Amit went on to pursue his academic studies in France, and started his Bachelor studies in the class of Philippe Geiss in the Academy of Music and Dance in Strasbourg. Since 2016, Amit is pursuing his Masters studies in ZhdK (Zurich University of the Arts) in the class of Prof. Lars Mlekusch.

Amit aspires to express himself in a vast palette of musical languages. He is a passionate performer of transcriptions, as well as new music, and since 2015 has been active in the field of free improvisation.

Following several years of studying with renowned drummer and pedagoge Lucas Niggli, Amit has formed his own free improvisation quartet, called «Piffalamozza», which specializes in presenting to the audience the fascinating world of Comedia dell’Arte through a unique mixture of early music, free impro, and original compositions, combined with different theatrical aspect, all of which correspond with the stories taken from that time Nowadays, Amit is working as a tutor-assistant in the saxophone class of Lars Mlekusch in the Zurich University of the arts.

Furthermore, he’s a founding member and teacher in the «Alhayez» Arab-Jewish School for Arts in Akko, Israel, which is destined to serve as a bridge between the two populations through a shared passion for the arts. 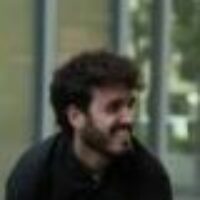