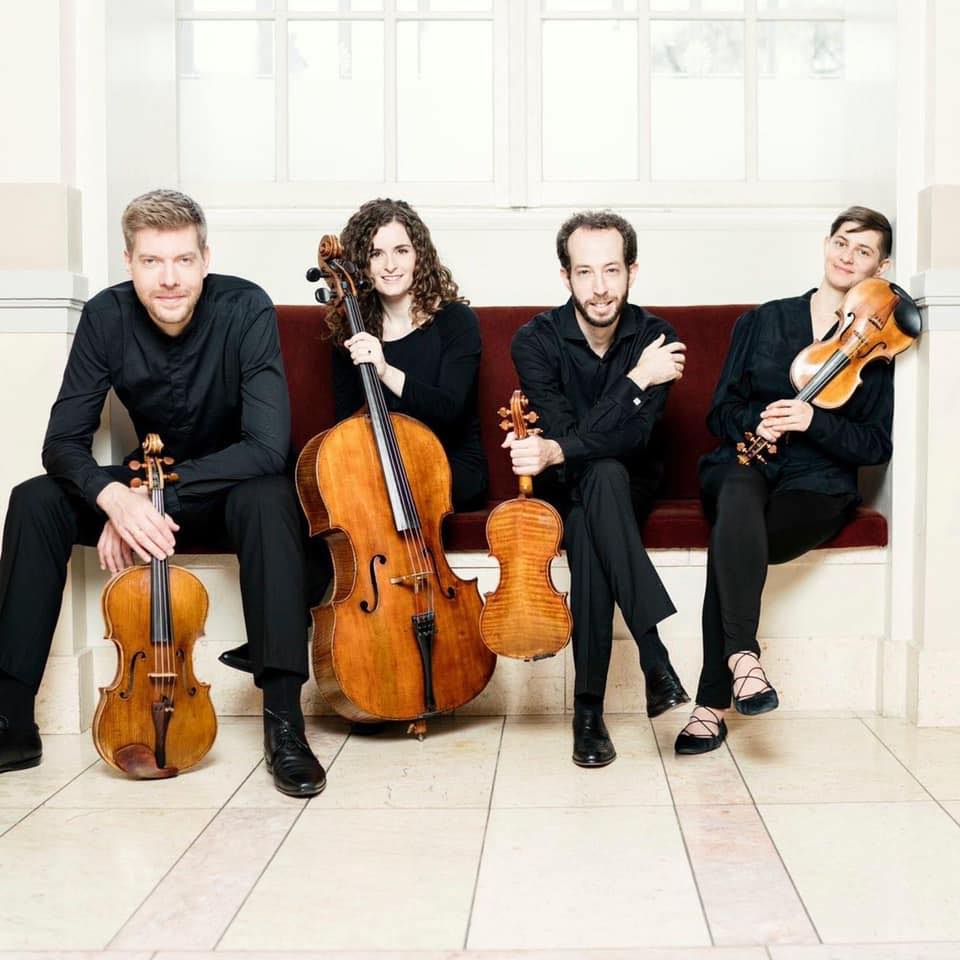 Characterized by its youth, brilliant playing, and soulful interpretations, the Ariel Quartet has quickly earned a glowing international reputation. In January 2012 the Quartet was named quartet-in-residence at the University of Cincinnati’s College-Conservatory of Music, a remarkable accomplishment for such a young ensemble and a testament to the Ariel’s skill and dedication to their craft.

Formed in Israel, the Quartet moved to the United States in 2004 to continue its professional studies. The resident ensemble in the New England Conservatory’s prestigious Professional String Quartet Training Program through their graduation in 2010, the Ariel has won a number of international prizes, including the Grand Prize at the 2006 Fischoff National Chamber Music Competition. After they won the Székely Prize for their performance of Bartók, as well as the overall Third Prize at the Banff International String Quartet Competition in 2007, the American Record Guide described the Ariel Quartet as “a consummate ensemble gifted with utter musicality and remarkable interpretive power” and called their performance of Beethoven’s Op. 132 “the pinnacle of the competition.”
Highlights of the 2013-14 season include two record-setting performances of the complete Beethoven cycle, performed – for the first time ever – before all the members of a quartet turn thirty; a series of performances with the superstar cellist Alisa Weilerstein; a performance at New York’s 92nd Street Y; a collaborative concert with the brilliant pianist Orion Weiss; and three residencies for the Perlman Music Program. The Ariel continues to astonish with its performances of complete works by memory and has remained committed to performing extensively in Israel .

The Ariel Quartet performs widely in Israel, Europe, and North America, including at such venues as the Louvre in Paris, Kaisersaal in Frankfurt (“…a tour de force,” said Frankfurter Allgemeine), Jordan Hall in Boston, and the Washington Performing Arts Society, the Corcoran Gallery, and the Kennedy Center in Washington, D.C. In the 2010-2011 season the Quartet participated in a Beethoven cycle at the National Gallery, and joined the competitors of the 13th Arthur Rubinstein International Piano Master Competition for the Chamber Music round in May 2011. The quartet spent a year in Basel, Switzerland, to study extensively with Walter Lewin, the founding first violinist of the LaSalle Quartet.

In addition to performing the traditional quartet repertoire, the Ariel Quartet regularly collaborates with many musicians and composers, including pianists Menahem Pressler and Roman Rabinovich; the American and Jerusalem String Quartets; violist Roger Tapping, and cellist Paul Katz. Additionally, the Ariel was quartet-in-residence in the Steans Music Institute at the Ravinia Festival for two consecutive years.

Taught by Paul Katz, Donald Weilerstein, Miriam Fried, Kim Kashkashian, and Martha Strongin Katz, among others, the Quartet has received extensive scholarship support for the members’ studies in the United States from the America-Israel Cultural Foundation, Dov and Rachel Gottesman, and the Legacy Heritage Fund. Most recently, they were awarded a substantial grant from The A. N. and Pearl G. Barnett Family Foundation. 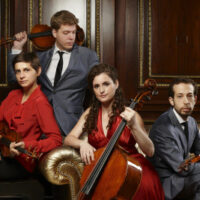