Conductor Asher Fisch is well-known among the great opera houses of the world, and is receiving increasing critical and public acclaim for his command of the romantic and symphonic opera repertoire. “Fisch is truly a great Wagner conductor,” proclaimed Fanfare Magazine. The former music director of both the Vienna Volksoper and the Israeli Opera, Mr. Fisch was appointed Principal Guest Conductor of the Seattle Opera in 2007, appearing each season there, in addition to frequent guest appearances throughout Europe and the United States.

During the 2010-11 season Mr. Fisch conducts a new production of Verdi’s Un Ballo in Maschera at Chicago’s Lyric Opera, as well as Wagner’s Tannhäuser at the Seattle Opera. In Europe, he leads revivals of Tristan und Isolde at the Dresden Semperoper and Aida at the Bayerischer Staatsoper, and premieres a new production of Salomé at Opéra de Monte Carlo. He will also conduct the seldom-performed Martinu opera The Greek Passion at Teatro Massimo. In addition, he appears in Japan at the Nagoya Festival conducting Offenbach’s Tales of Hoffman. He returns to Australia in symphony programs with the West Australian and Queensland Symphony Orchestras, and rounds out the season with concerts in Cleveland, Bologna, Palermo, Parma, Dresden, and Brussels.

Mr. Fisch recently debuted with the Berlin Philharmonic in a program with Daniel Barenboim as piano soloist; and with the Bayerische Staatsoper, where he was re-engaged for five separate productions over the course of the 09/10 season, including Madama Butterfly, Salome, Ariadne auf Naxos, Die Zauberflöte and a new production of Palestrina, the opera rarity by Hans Pfitzner. For years Mr. Fisch has also appeared at the Vienna Staatsoper, conducting symphonic and opera repertoire including Falstaff and Der Rosenkavalier.

Mr. Fisch’s rendition of Wagner’s Ring Cycle on Melba Records (in SACD) has received international accolades. Siegfried was chosen “CD of the month” by both BBC Classical and FM Classical Magazines in Britain. OPUS Magazine credited Mr. Fisch with the cycle’s success, saying, “But above all, it was the conducting of Asher Fisch that made this Ring so special. It is not going too far to say that he ranks among the finest Ring conductors of our time.”

For more than a decade Mr. Fisch has been a regular guest at the Berliner Staatsoper, conducting a broad repertoire of core romantics works such as Parsifal, Fidelio, Onegin, Tosca, and Madame Butterfly, but also including Mozart operas among them, The Magic Flute, Don Giovanni and The Marriage of Figaro. He has similarly also conducted a broad repertoire ranging from Mozart to Berg in other leading European opera houses such as Milan’s La Scala, Vienna Staatsoper, Paris Opera, Dresden Semperoper, Hamburg Staatsoper, Leipzig Opera and the Royal Opera House at Covent Garden, where he conducted the concert gala celebrating the Golden Jubilee of the Royal Opera House, which was recorded and released by EMI Records.

After making his United States debut with the Los Angeles Opera in 1995, Mr. Fisch has since conducted at the Metropolitan Opera, Chicago Lyric Opera and Houston Grand Opera. In the summer of 2003 he inaugurated the new Seattle Opera House to great acclaim with a new production of Parsifal, and returned to Seattle in July 2004 for Lohengrin. That same year he led the new production of Wagner’s Ring Cycle for the South Australian Opera, which won ten awards at Australia’s Helpmann Awards, including best opera and best music direction.

Among the symphony orchestras in North America, Mr. Fisch has conducted the symphony orchestras of Chicago, New York, Philadelphia, Los Angeles, Dallas, Seattle, Atlanta, Houston, Saint Louis, Toronto, Montreal, Minnesota and the National Symphony in Washington, forging relationships with several. In Europe, he appears regularly at the Munich Philharmonic and has also conducted Leipzig’s Gewandhaus Orchestra, the Orchestre National de France, London Philharmonic Orchestra, and the Staatskapelle Dresden, which he led on an acclaimed tour of Italy in 2002. In Asia, he has conducted the NHK Orchestra of Tokyo.

Mr. Fisch began his conducting career as Maestro Barenboim’s assistant and kappellemeister at the Berlin Staatsoper, and has been championed by Mr. Barenboim ever since. He is also an accomplished pianist and has directed Mozart's piano concerti and Gershwin’s “Rhapsody in Blue” from the keyboard. He continues to perform in chamber concerts and vocal recitals. He is married to singer Linda Pavelka, and together they have a daughter. 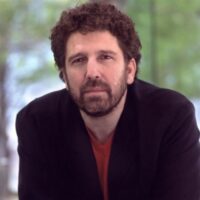