Bar Ben Vakil was born in 1989 in a small town in Israel. In 2006 at the age of 16, she initiated an art program sponsored by the city Mayor at her high school.
Out of school and straight after the army, Bar was working long hours, selling paintings to high profile clients and companies.

Self-taught, during those years Bar transitioned from using acrylic to also using oil. She was also involved in several publications as well as graphic work and illustrations for companies. By the age of 23, Bar sold around a hundred paintings, was a part of five local exhibitions, including 2 solo exhibitions, and participated in the prestigious Salon D’automne in Paris.

At the age of 24 Bar migrated to the US and is now making a name for herself in Brooklyn, NY where she resides.

Bar is now focused on painting for her third solo exhibition whilst selling worldwide via social media as well as participating in art fairs around the world. 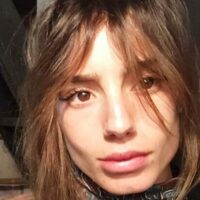