Betty Olivero is a contemporary Israeli composer, who has lived during most of her career in Florence, Italy.

In Olivero’s works, traditional and ethnic music materials are processed using western contemporary compositional techniques; traditional melodies and texts undergo processes of development, adaptation, transformation, assimilation, resetting and re-composition, to the point of assuming new forms in different contexts. These processes touch on wide and complex areas of contrast, such as east and west, holy and secular, traditional and new.

Olivero was awarded the Fromm Award by the Fromm Music Foundation (USA, 1986), the Prime Minister’s Prize (Israel, 2001), the Rosenblum Award for the Performing Arts (Israel, 2003), the Landau Award for the Performing Arts (Israel, 2004), the ACUM prize for Life Achievements (Israel, 2004), the Prime Minister’s Prize (Israel, 2009) and the ACUM Award for Achievement of the Year (Israel, 2010). While still studying in Israel, Betty Olivero was granted scholarships from the America-Israel Cultural Foundation. In 2000 Olivero was awarded the prestigious Koussevitzky Award by the Koussevitzky Music Foundation and the Library of Congress, Washington USA, one of the most important international awards, given annually only to six composers.

Between 2004-2008 Olivero was composer-in-residence for the Jerusalem Symphony Orchestra.

Olivero is currently living in Israel. She is a mother of two children and is a full professor of composition at the Music Department in Bar-Ilan University. 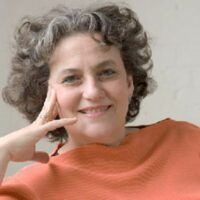