Daniel Gurfinkel was born in Israel in 1992, started his education in the field of the clarinet and education of music in 2000. In 2004 at the age of 12 he was invited by maestro Zubin Mehta to the position of solo in the annual concert to the young musicians with the philharmonic orchestra of Israel. Daniel Gurfinkel won the first prize in the Duxbury music festival in USA.

Daniel as a soloist appears in Israel and abroad. Recently appeared with all the big orchestras, such as: Hong Kong, Ukraine, USA, Mexico, Russia, Italy, France, UK, Slovakia, Germany.

Among forthcoming engagements of Daniel Gurfinkel may be counted a tour of Russia with the Halborn Chamber Orchestra in 2013. In addition, as Daniel Gurfinkel is keen on exploring the music of today, he looks forward to several commissions in the coming season, including concerts with the Leipzig Symphony Orchestra as well as with Mozartiana de Rome chamber orchestra at the Vatican.

3d prize in “Chamber Music International competition” Illzach 2013 (France)
Daniel Gurfinkel’s past engagements have included performances in Switzerland. At the “Moscow Meets Friends” festival, with the Moscow Virtuosi Chamber Orchestra under Vladimir Spivakov, in Los Angeles under the auspices of Zubin Mehta, and with Yuri Bashmet and the Moscow Soloists at the Tchaikovsky Hall, in Ekaterinburg, and the Capella Istopolitana at the Rheingau Festival. He has appeared as well across the USA (Detroit, New York, and Chicago) as well as in Hong Kong, Slovenia, Italy, Russia, Germany, Azerbaijan, Slovakia, Croatia, Austria, and South Africa.

He has played in the well known orchestras in Israel, such as the Jerusalem Symphony orchestra, New Israel Opera, Israeli Camerata, and others. 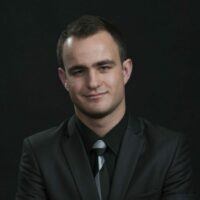