Know Productions (Diane Nabatoff, Neta Zwebner-Zaibert and Hilla Medalia) is a creative documentary firm with offices in New York and Tel Aviv. They have produced a wide variety of television and film productions including Peabody Award winning, three time Emmy Award nominated documentary films which have aired on HBO, MTV, RAI in Italy, M6 in France, NHK in Japan, Keshet, ch8, ch1 and YES in Israel.

Know’s founders, Hilla Medalia and Neta Zwebner-Zaibert are veterans in the industry with deep ties in the documentary film sector in the United States and Europe.

Their most recent film Web Junkie recently premiered at the 2014 Sundance film festival and has been picked up Dogwoof, a leading international distributor. The film was recently acquired by the BBC for broadcast in the UK. China is the first country in the world to classify Internet addiction as a clinical disorder. The film exposes a Beijing treatment center where Chinese teenagers are being ‘de-programmed’.

Their film, Dancing in Jaffa premiered at the 2013 Tribeca Film Festival, was picked up for theatrical release in the US by IFC/Sundance Selects and is scheduled to be released theatrically in Germany, France and Israel. Dancing in Jaffa is also a participant in the Sundance Institute’s Film Forward program.

The film follows Pierre Dulaine, an internationally renowned ballroom dancer, as he fulfills his life-long dream of returning to his birthplace, Jaffa, to teach Palestinian and Israeli children to dance together. The film was executive produced by: Morgan Spurlock (Super Size Me), Jeremy Chilnick (The Greatest Movie Ever Sold), Latoya Jackson & Jeffré Philips, and Nigel Lythgoe (So You Think You Can Dance, American Idol). Dancing in Jaffa was edited by: Bob Eisenhardt (Shutup & Sing, Valentino) and Philip Shane (Being Elmo). The film was made with the generous support of: Steven Spielberg’s The Righteous Persons Foundation, Fohs Family Foundation, Gesher Fund, and Foundation for Jewish Culture, Shine Global, Other Israel, Israel at Heart. The Good Pitch, IFP and Film Independent, The PUMA Creative Catalyst Award.

Among the projects that kNow is currently producing is Censored Voices, an in-depth look at the six-day war from the perspective of soldiers who recorded their thoughts mere days after returning from the battlefield. These recordings, taken by celebrated author Amos Oz, were censored by Israel and have been omitted from the public record, until now. Censored Voices has the support of the BBC, Impact Partners, VPRO, CBC, Knowledge Network and RTS and is Executive Produced by Morgan Spurlock and Jeremy Chilnick.

Another film in development is Speechwriters, a film that exposes the authors behind history’s most iconic public addresses and explores the role they played in crafting and articulating public policy. 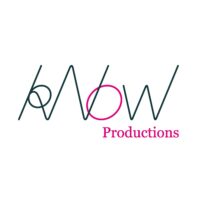