Dror Schweid (b.1991) is a pianist, conductor, bass-baritone singer and music producer currently residing in Jerusalem. Beginning in September 2019, Dror will continue his orchestral conducting studies at the Jerusalem Academy of Music, Jerusalem, with Prof. Yuval Zorn and singing with Ms. Marina Levite.

He graduated from the Jerusalem Academy of Music and Dance high school, where he studied the piano with Prof. Itzhak Kosov and composition with Dr. Irena Svetova.
After graduation, Dror served as an “Outstanding Musician” in the IDF, alongside his piano performance studies at the Jerusalem Academy of Music and Dance, under Dr. Asaf Zohar and Prof. Micahel Bogoslavsky which he graduated on July 2013.

On September 2019 he founded a piano trio together with violinist Talia Herzlich and cellist Daniel Schwarz. Their new concept combined improvisation, reading poets/texts which communicate with the music we played, incorporating singing and some acting. Last year they played in a beautiful garden in the Judean Mountains by the Sansan nature reserve, and in the Judean Desert near Wadi Og.
On 11.9.2013 he performed in the Jerusalem Theater with jazz pianist Yoel Shemesh at the opening concert of the 24-Hour Pianos Festival with an original show that they created themselves.

In September 2018 he started managing a concert series in Jerusalem – Salon Concert – which offers a concert once a month in a beautiful house in the German colony, Jerusalem. Among the many artists who performed in this unique venue were Omri Mor, Lazer Lloyd, Michael Zartsekel, Adi Neuhaus, Daniel Schwarzwald, and Benjamin Goodman.
In five different concerts, he performed twice as a soloist and three times as a conductor with five different orchestras that he organized by myself. The players all participated without pay.

On 1.5.2018 he conducted the first and second movements of Beethoven`s 7th symphony op. 92 at The Navon Hall at the Jerusalem Academy High School.

On 25.7.2018 he conducted the first and second movements of Paul Ben Haim violin concerto arranged for mandolin with the soloist Roi Dayan (world premiere on mandolin).


Experience as a musician

Accompanist. Production of the opera “Don Giovanni” by the Jerusalem Opera. The show was performed in Jerusalem on 11.10.13, conducted by Omer Arieli. Also in October 2013 – accompanist. Oratorio Choir with six movements from Mozart`s Requiem, conducted by Ofer Dal Lal.

On September 2019 Dror will start working as a chamber music instructor at the Jerusalem Academy of Music and Dance high school. 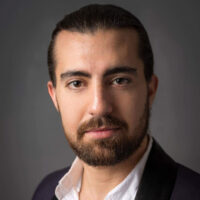