Esti Rofé, described as one of the most talented flutists of her generation, was born in Israel.

Her wide international career has taken her over the world, giving concerts in leading halls, such as “Carnegie Hall” in New York, “Cité de la Musique” and Salle Gaveau, Paris, The “Berliner Schauspielhaus” and the Tel Aviv Museum.

Esti Rofé was among the very few flutists to be accepted to the prestigious “Cycle de Perfectionnement” soloist program in the Conservatoire National Superieur de Paris, where she studied with Maurice Bourge and Shopie Cherrier.

Rofé has been a soloist with many orchestras, among them: the Ensemble Orchestral de Paris, Roma Academia Philharmonia Orchestra, The Israel Chamber Orchestra, the Israel Camerata Jerusalem and “Orchestre de Prix” du CNSM, Paris.

She leads a very active musical life, participating in various festivals including the Danish Chamber music festival, the “Stars of Tomorrow” festival in Paris, the “Santander” festival in Spain, the Pablo Casals Festival in France and the “Rising Stars” festival in Berlin.

She has recorded for television and radio, including the SWR radio, Germany, the Polish National Radio, the Israel Broadcasting Authority and the Danish radio and television.

Rofé played as a solo flutist with the English National Opera, The Bergen Philharmonic Orchestra and The Moscow Chamber Orchestra, among others.

Esti Rofé is currently the first flutist of the Israel Camerata Jerusalem. 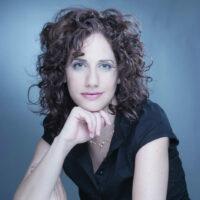