A formidable and incandescent presence on the podium, conductor Gisèle Ben-Dor has been described by the Los Angeles Times as “a ferocious talent.” She has most recently been honored as “A Great Immigrant and a Great American” by the Carnegie Foundation. Her latest CD, “Cien Años”, celebrating Piazzolla’s centenary has just been released and has received five stars reviews. Amongst the list of orchestras she has lead are the New York Philharmonic, London Symphony, London Philharmonic, Los Angeles Philharmonic, BBC National Orchestra of Wales, Helsinki Philharmonic, Minnesota Orchestra, Houston Symphony, Orchestre de la Suisse Romande, New World Symphony, Israel Philharmonic, Jerusalem Symphony and the Israel Chamber Orchestra, as well as the Seoul and Rotterdam Philharmonics, and many orchestras in France, Italy and Latin America.

Maestra Ben-Dor is Conductor Laureate of the Santa Barbara Symphony and Conductor Emerita of the Boston Pro-Arte Chamber Orchestra, a post to which she was elected exclusively by the musicians. In 2004, working with Ginastera’s daughter Georgina Ginastera, she created the exciting and extraordinarily popular Tango and Malambo Festival, a wide-ranging feast of concerts, dance, and film celebrating the urban and universally admired tango and its less familiar cousin, the more rustic Malambo. In 2000, she created the Revueltas Festival as homage to the great Mexican composer’s anniversary.

Renowned for her interpretations of the established classics, as a Uruguayan by birth and upbringing, she is a champion of Latin American music – notably the works of Ginastera, Revueltas, Piazzolla, Villa-Lobos and Luis Bacalov – and is widely regarded as one of the world’s finest and most dedicated exponents of this repertoire. Gisele Ben-Dor’s list of recordings of Latin-American music, almost always world premieres, continues to grow. See her discography here. She has also commissioned and recorded world premiere orchestral scores of Ginastera’s piano works.

The most recent projects include a recording of Ginastera’s vocal music (“The Vocal Album”) with Placido Domingo, released by Warner Classics, which has unanimously garnered high critical reviews. Just released is a recording of Piazzolla and Juanjo Mosalini, with the Boston Pro-Arte Chamber Orchestra, “Cien Años” (“A Hundred Years”), in honor of Piazzolla’s 100 Anniversary. Other upcoming recordings include another Bartók CD (including a world premiere of Mikrokosmos select pieces ) and Ginastera (the opera Beatrix Cenci). 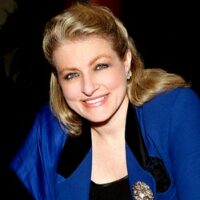