Guy Maori is an Israeli harpsichordist, fortepianist and pianist who lives in the Netherlands since 2017.

Maori was born in Tel Aviv and started playing the piano at the age of 8 with Mrs. Natalia Blumenfeld at the Israel Conservatory of Music. During his studies, he performed frequently as a soloist and as a member of numerous ensembles. In 2004, he made his debut as an orchestral soloist, performing with the Israeli Chamber Orchestra.

In 2010 Maori graduated with honors from the Thelma Yellin High School of Arts, during which he performed concerts in France and Belgium. In 2016 Maori graduated with honors from the Buchmann-Mehta School of Music in Tel Aviv, having studied piano with Professor Asaf Zohar. In 2018 Maori obtained his Master of Music diploma from the Conservatorium van Amsterdam, having studied under the guidance of Professor Naum Grubert.

During 2010-2013 he served in the IDF on special status – “Outstanding Musician”. As part of his job, Maori played at nursing homes and hospitals for sick children and also guided young pupils who play different instruments as part of a project for social change.

Maori has been granted the Holland scholarship as well as scholarships by the America-Israel Cultural Foundation and the Buchmann-Mehta School of Music. He won prizes in several competitions, including Grachtenfestival Conservatorium Competition, Psanter Letamid, The Voice of Music – Young Artists, and The Israel Conservatory of Music competitions.

Maori is currently studying historical keyboards performance in the Early Music department at the Conservatorium van Amsterdam. He is studying fortepiano with Olga Pashchenko, harpsichord with Menno van Delft and basso continuo with Kris Verhelst. 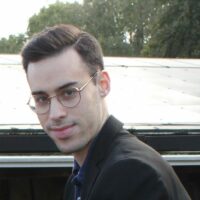