Idan Cohen was born and raised in Israel, kibbutz Mizra. The kibbutz (a socialist community) life has had a wide effect on his artistic life and work. After being trained as a classical piano player, Cohen received a scholarship to study theater and fine arts at the “Art Colony”, in Israel ‘s Negev (desert), and graduated in excellence.

At the age of 20 he was admitted to a video-dance project by Bat-Sheva dance company dancer Lara Bersak (France) before joined, in 1998 the world known K.C.D.C (founder Yehudit Arnon, artistic director Rami Beer) where he danced for 7 seasons.

Since 2005 he is creating, performing and teaching successfully as an international award winning director & dance artist.

Cohen is an opera director and the artistic director of ‘Ne. Sans’, a Vancouver based society that focuses on the fusion of opera and contemporary dance. Idan Cohen is represented by ‘Momentum Artists’ based in NYC, a member of the Israeli Choreographers Association, and ‘The Dance Centre’ based in Vancouver Canada.

The Jerusalem Academy of Music and Dance, BA in Choreography (2014)

The Jerusalem Academy of Music and Dance, MA in Choreography (2016)

A Year in a Fish Life 2nd Prize, “No Ballet” competition, 2007, Ludwigshafen, Germany

Male And Female, He Made Them Dance Installation in collaboration with Jacqueline Nochols: Premiered at Warehouse 2 April 2015, Tel-Aviv Jaffa, Israel. 40 Minutes, 3 Dancers. 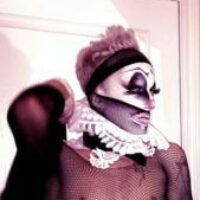