Igal Brener is an actor and a singer.


Classically trained and graduated from Nissan Nativ's Acting Studio in Tel aviv 2013. Played roles from Shakespeare to Dennis Potter, working in major Israeli repertory theaters, as well as in films and primetime TV show's In Israel .

Television/Film:
Igal participated in "Neurim" a short film that was an official pick at the Cannes Film Festival, the second session of "Sky", a successful young audience series in Israel, "Where are you Hai?" a primetime series that was broadcasted in Kan 11.

Theatre:
He played the role of EILIF in Mother Courage By Bertolt Brecht- Cameri Theatre, Vaska Pepel in The Lower Depths By Maxim Gorky- Habait Theatre, Raymond in Blue Remembered Hills By Dennis Potter- Habait Theatre, Don Pedro in Much Ado About Nothing By William Shakespeare and many more.

Personal Life:
Igal was born in Cali, Colombia, in 1987, and lived there his for the first years of his life. He then made Aliyah together with his parents and younger brother to Kibbutz Ein-Dor in the north of Israel.
Growing up in the Kibbutz he exposed him to a totally different way of life from what he was use to in Cali, one of the most dangerous cities in the world back in the day. Security, freedom to walk the streets of the kibbutz and visit friend were few of many thing he immediately embraced upon his arrival.
His life in the kibbutz included agricultural work in the fields, growing crops, working in the Kibbutz factory 'Teldor' producing cables for communication and working with animals in the dog boarding and in the Kibbutz's small zoo.

Although his family left Israel in 2004 and went back to Colombia, Igal decided to stay. He got enlisted to the IDF artillery force and served as a 'chayal boded' (lone soldier).
He finished his service as a Staff Sargent commanding thirty soldiers and was awarded the “outstanding presidential award” for his service by president Shimon Peres.

After his service Igal worked as a Lifeguard in the dead-sea (and yes, there is a difference between sinking and drowning ladies and gentlemen).
Igal moved to Tel Aviv to attend acting school, and was admitted into one of the most prestigious acting schools in Israel, Nissan Nativ. This place became his home for the next three years.

Upon completion of his training, Igal had nine years of preforming on-stage for the most prestigious repertory theatres, in amazing young audience plays, films and TV show's.
He won the ASSITEJ Outstanding Performance Award For a leading role in theatre for young audiences (2015).
He moved to the United States in May 2022 to accomplish his goals, and is now looking forward to work in the best TV and Film productions in the world, featuring actors like Daniel Day-Lewis, Tom Hardy and Leonardo DiCaprio. 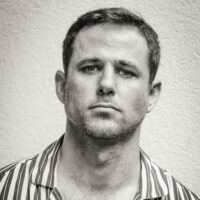