The Israel Chamber Orchestra (ICO) is to date one of the most significant and renowned orchestras of the State of Israel. It strives for recreating the classical music experience, with fresh, unique programs, it constantly supports Israeli composers and gives stage to both the classics and modern, current compositions. Its repertoire ranges from early baroque to contemporary, jazz and popular music. The orchestra pays utmost importance to attracting the young generation. Its Family Series has been enthusiastically acclaimed by young audiences and professional music critics alike, it continues to collaborate with young music groups and perform outside the normal concert venues.

The ICO tours extensively in Europe, USA, Canada, South America and the Far East and takes part in prestigious international music festivals such as the Salzburg Festival, festivals in Istanbul, Helsinki, Athens, Pompeii, Sofia and Mitte Europa, Hong Kong and many more. The Orchestra recorded for Chandos, Naxos, Music Masters, The Israel Music Institute (IMI), Koch and Teldec. The Israel Chamber Orchestra is sponsored by the Ministry of Culture and Sports and the Tel Aviv Jaffa Municipality. 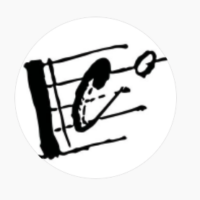