Itamar Carmeli is an Israeli classical and jazz pianist, composer, conductor and actor, a graduate of the Arison Campus School of the Arts Tel Aviv and the Thelma Yellin High School of the Arts, and a regular recipient of scholarships for high excellence granted by the America-Israel Cultural Foundation both in classical piano and jazz.

He is currently a student in the class of Maestro Sir András Schiff at the prestigious Barenboim-Said Akademie (Founded and led by Maestro Daniel Barenboim) in Berlin, Germany, with a four year full tuition scholarship for his studies.

Itamar is a graduate of the prestigious chamber music “David Goldman Programme for Outstanding Young Musicians” of the Jerusalem Music Center, through which he also regurlarly received scholarships for conducting studies.

Itamar is a graduate of the “National Mentoring Program for Highly Gifted Students in Israel” of the Henrietta Szold Institute in collaboration with the Weizmann Institute for Science, where he was granted a scholarship to study composition with the Israeli composer Prof. Menachem Wiesenberg.

He studied at the Jerusalem Academy of Music and Dance in the class of Ms. Daria Monastyrski. He also studied in the class of Prof. Pavlina Dokovska at the prestigious Mannes School of Music at The New School: College of Performing Arts in New York, USA, where he has received a four year full tuition scholarship for his studies.

As a jazz pianist, he received a full scholarship for studies at the prestigious Berklee College of Music (Massachusetts, USA) where he took part in the annual Berklee Five-Weeks Jazz Workshop, under the guidance of Terry Lynn-Carrington and Rick DiMuzio.
Itamar has performed alongside artists such as saxophonist Shlomi Goldenberg (Israel), violinist Benjamin Schmidt (Austria) and pianist and composer Cesare Pico (Italy). He has performed at the Red Sea Jazz Festival (Israel) and the Cambridge Jazz Festival (Massachusetts, USA).

Itamar worked as pianist at the “Meitar Opera Studio” of the Israeli Opera Tel Aviv-Yafo and often narrates concerts at the Jerusalem Music Center.

In 2018, he made his conducting debut with the Young Israeli Philharmonic Orchestra, featuring singers from the Israeli Opera, at the Recanati Hall of the Tel Aviv Museum.
That same year, he played the Israeli premiere of “Bach to Me” by composer and pianist Cesare Picco (Italy), as a soloist with the Spectrum Ensemble at the Elma Arts Center.

In parallel with his musical activities, Itamar is also an active theatre and television actor in Israel. He has performed in theatre productions in venues such as the Israel National Theater “Habima” in “A Love Story in Three Acts” (by Harvey Fierstein, directed by Nathan Datner) and “Alone in Berlin” (based on the bestseller by Hans Fallada, adapted to stage by Shahar Pinkas, directed by Ilan Ronen), at the Beit Lessin Theater in the plays “Mother of Him” (by Evan Placey, directed by Roni Pinkovich) and “Missing Beat” (by Liora Carmeli, directed by the Keren Tzur) and the Arison Campus in the play “Momo” (based on the book by Michael Anda, adapted to stage and directed by Ruthi Ben Dor).
In television, he appeared in the series “The Greenhouse Academy” (Nickelodeon, Yes), “The Eight” (Seasons 4-5, The Children’s Channel), “Tzafuf” (Zoom), “The Foxes” (Yes), “False Flag” (Season 2, Keshet 12), “Queens” (Hot), “On the Nation’s Back” (Reshet). 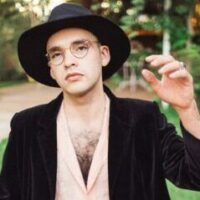