Graduated with honors at bachelor’s degree B.Ed. in fine arts and teaching diploma at Oranim College, 2011. Since then, Itamar works and creates in Pyramid, a contemporary Art Center in Wadi Salib, Haifa, participating in the production and establishment of exhibitions. 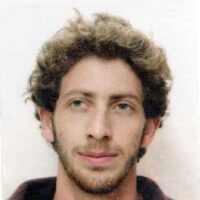