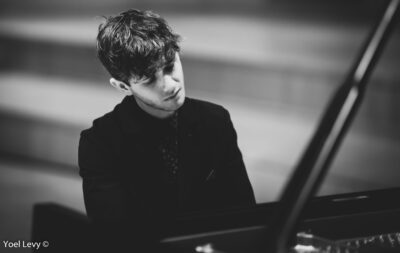 Pianist Itamar Prag was born in 1994, he is the student of Prof. Arie Vardi, Mrs. Hana Shalgi, Prof. Asaf Zohar, Vadim Monastyrsky and Daria Monastyrsky. Graduated from the Thelma Yellin School of Arts, studied for a year at the Jerusalem Academy of Music and Dance and finished his service at the IDF as an excelled musician. He is currently studying for a Music Doctorate degree in Piano Performance under Dr. Ilya Poletaev at the Schulich School of Music at McGill University.

Prag won international prizes in competitions, including first prize at the Pnina Salzman Piano Competition held in Israel, 2019, and the 18th International Competition for Chamber Music in France. He participated in music festivals and recitals across the U.S., in Germany, Luxembourg, Switzerland, Czech Republic, France, Spain, and Georgia. He played in master classes under the care of Richard Good, Arie Verdi, John Perry, Murray Perahia, Piotr Paleczney, Eliso Virsaladze, and Gabriel Kwok.

Prag has received scholarships from The America-Israel Cultural Foundation (2006-2020) and Zefunot Culture, as well as a scholarship for young musicians in memory of Ruthy and Benny Mushkin. 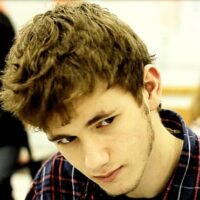