A native of Israel, Jonathan Keren is a composer, arranger and violinist, currently living in New York. A recent award winner from the Koussevitzky Foundation (2007), Keren is also a recipient of ASCAP’s Young Composers’ Award prize and Scholarships from the America-Israel Cultural Foundation in violin and composition between 1991-2003. Jonathan is a recent graduate with a Master’s degree in composition from The Juilliard School, under the tutelage of Mr. Milton Babbit. Mr. Keren’s works have been widely performed in Europe, the US and the far east; at Carnegie’s Weill Hall; Alice Tully Hall and the Rose Theatre at Jazz in Lincoln Center in New York; the Louvre Museum in Paris; The Berlin Philharmony hall; The Juilliard School and New England Conservatory; The Tel-Aviv Museum and opera house, Jerusalem Music Center and Henry Crown Hall in Israel.

His music has been performed by such artists as cellists Lynn Harrell and Yehuda Hanani; The Jerusalem Symphony Orchestra; pianists James Tocco, Steven Beck, Matan Porat and David Greilsammer; Percadu; the Tel-Aviv Trio; Mandolinist Avi Avital; String Orchestra of New York City and The Tel-Aviv Soloists; The New Juilliard Ensemble, Kaprizma Ensemble, The Israeli Chamber Project, and the Fountain Chamber Music Society, of which he was the Composer in Residence (2001-2007). Jonathan is a winner of the New Juilliard Ensemble competition (2003) and he represented Israel in the ACL (Asian Composers League) young composers’ competition in Tokyo, Japan, 2004. In 2005 Keren was chosen to compose the mandatory contemporary pieces for the Aviv Competitions in Israel in the wind category.

Other commissions have included The Fountain Ensemble, the 92nd Street Y in New York, the Jerusalem Music Center, the Jerusalem Symphony Orchestra, the America-Israel Cultural Foundation, pianist David Greilsammer, the Israeli embassy in Denmark and the prestigious Keshet-Eilon violin mastrercourse.

Jonathan began his studies as a violinist with Mr. Chaim Taub (1993-1998). During the course of his military service (1996-1999) as a member of the “outstanding musicians” unit he arranged more than 50 pieces for chamber and vocal ensembles, all of which were performed by military bands and the Israel Defense Force Education Corps Orchestra, as well as in concert halls. Following his service, he studied composition with Mr. Reuben Serroussi (1999-2000), and with Dr. Samuel Adler at the Juilliard School (2000-2004).

In 2011 Keren has returned to Israel with his wife, violinist Cordelia Hagmann and his daughter. Mr. Keren has performed with a number of classical, early music, jazz and folk music groups, including La Mela Di Newton Baroque Trio (2006-2011) and Sexteto Rodriguez (Cuban-Jewish Music, 2005-2011). Today Keren performs regularly as a chamber musician on violin and viola, and plays contemporary music with Meitar Ensemble on viola, his new trio Trivalazzia on Baroque violin, and with The Ottomans (Turkish Music) on violin. He has performed in various venues, among them Alice Tully Hall and the Metropolitan Museum in New York, the Concertgebouw in Amsterdam, the opera house in Tel-Aviv and Teatro Comunale Modena in Italy. 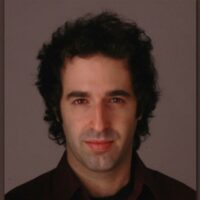