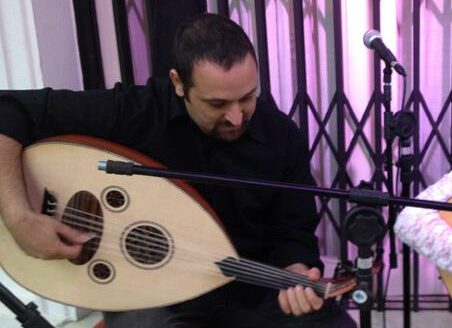 “Jerusalem-born guitarist Koby Hayon is a remarkable artist whose music is an aural manifestation of what he feels… an overall well-blended statement… Highly recommended.”
Pete Malinverni on “Gemini”.

“This recording accurately reflects life today. The challenges ahead, the turmoil around the world is evident in these compositions. Koby has performed the duty of the artist.”
Kermit Driscoll.

A protege of jazz virtuoso John Abercrombie guitarist Koby Hayon’s technique is excellent throughout, regardless if he plays a straight-forward Jazz or crosses over to Fusion pyrotechnics.
jazz chicago.net.

Koby Hayon is a world renowned multi-instrumentalist and composer based in New York who plays Guitar, Oud, and Bass with the internationally acclaimed Trio Shalva.

Born and raised in Jerusalem, Israel, Hayon studied at the Rimon School of Jazz and Contemporary Music in Tel Aviv, where he gained experience as a guitarist with the DGK Trio, Hulon Big Band, and many other notable groups. In 2001, Hayon moved to the United States, where he earned his BFA in Jazz Performance at SUNY Purchase. A recipient of the Ullendorff Memorial Foundation Scholarship there, he studied with jazz greats John Abercrombie, Hal Galper, Todd Coolman, and Jon Faddis.

Hayon has since played in a number of venues throughout the United States and abroad as the leader of a jazz trio, duo, and quartet. His renditions of jazz standards as well as his own compositions have earned him acclaim along with several weekly gigs in the New York area.

As a sideman, Hayon has performed and toured throughout Western New York and Canada, playing and recording with countless bands, from Dixie/Swing Band, led by the legendary Sol Yaged, to playing alongside bass legend Bill Crow and with various bands playing traditional Israeli music. He can be heard regularly at the 55bar, Cornelia St. Cafe, Watercolor Cafe, birdland, and other reputable New York clubs.

In 2009, Hayon formed the Koby Hayon Jazz Trio. With bandmates Kermit Driscoll and Jerome Morris, he fuses his heritage with his vast musical training by performing classic Israeli songs in a jazz setting, as well as his own compositions. Hayon’s work combines two of the many facets of his musicality: a cultural legacy along with his malleable and innovative jazz technique. In the spring of 2010, the Koby Hayon Trio released its debut album, “Gemini”, a recording that is already gaining recognition and critical acclaim.

In addition to his self-named trio, Hayon is also an integral part of Trio Shalva, formed in 2009 with pianist Assaf Gleizner and percussionist Nadav Snir-Zelniker. Trio Shalva’s debut album, Riding Alone, was released on January 1st, 2011. Their sophomore effort, “Breeza”- a miscellany of Israeli and Bedouin folk tunes interspersed with original compositions and jazz arrangements of popular songs- will be released on March 6, 2014 at Birdland, NYC. Trio Shalva’s most recent shows include performances in Brazil and as an opener for Pat Metheny at the Belleayre Festival in New York.

Koby Hayon’s most recent acoustic project is a globally-influenced group of musicians from Lebanon, the United States, Pakistan, and Israel, which draws on each artist’s unique musical voice and their various backgrounds to create a new global musical vocabulary. This group will also release an album in 2014.

In addition to playing live music, Koby Hayon is the musical director of “Nigunim – A Festival of New Improvised Jewish Music”, this festival aims to create a stage in Westchester county for wide range of Jewish improvised music. Through Hayon’s efforts, the festival became a recipient of the Arts Project Grant from Westchester Arts Council in 2009-2011. 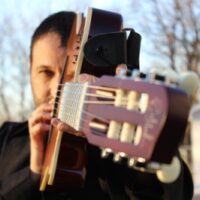