Hailed by Opera News for a Desdemona full of “tonal beauty, passionate music and her committed vocal and physical acting [that] injected intensity,” soprano Larissa Tetuev is one of Israel’s most celebrated sopranos. She has joined New Israeli Opera for countless performances since her debut as Marenka in Smetana’s The Bartered Bride. Her roles with the company include the title roles of Rusalka, Tosca, and Manon Lescaut; Cio Cio San in Madama Butterfly; Minnie in La fanciulla del West; Nedda in Pagliacci; Leonora in Il trovatore; Marguerite in Boito’s Mefistofele; Antonia in Les contes d’Hoffmann; Giorgetta in Il tabarro; Tatyana in Eugene Onegin; Amelia in Un ballo in maschera; Violetta in La traviata; Rosalinda in Die Fledermaus; and Esther Mina in the world premiere of Baradanshvilli’s Journey to the End of the Millenium. Also in Israel, she joined the Kirov Opera for its tour to Tel Aviv of Shostakovich’s Lady Macbeth of Mtsensk. She has joined the New Israeli Opera on tour as well, singing her first performances Liu in Turandot, Desdemona in Otello, and Contessa in Le nozze di Figaro in Italy.
Early in her career, Larissa Tetuev had the auspicious honor of being the first non-Czech singer to perform the title role in Dvorak’s Rusalka at the Prague State Theater and was subsequently invited to reprise the role in the company’s tour of Japan. With the Cape Town Opera in South Africa, she has sung Micaela in Carmen. The soprano has joined Fort Worth Opera for the title role in Norma, Donna Elvira in Don Giovanni, Cio Cio San Madama Butterfly, and Contessa in Le nozze di Figaro. Also in America, she sang her first performances of Desdemona in Otello with Portland Opera

An active concert singer as well, she has sung Rossini’s Stabat Mater, Dvorak’s Requiem, Britten’s War Requiem, Shostakovich’s From Jewish Folk Poetry, Beethoven’s Symphony No. 9, and Verdi’s Requiem with the Jerusalem Symphony Orchestra. At the prestigious Israel Festival, she sang Gil Shochat’s Song of Songs. She has sung Shostakovich’s Symphony No. 14 in Leeds, Manchester and at London’s Queen Elizabeth Hall; Dvorak’s Stabat Mater with the Philharmonic of Luxembourg; and Rachmoninov’s Francesca di Rimini with the American Symphony Orchestra as well as a gala concert with the London Royal Philharmonic under the baton of Michael Hankinson. She has also performed with numerous leading conductors such as the late Gari Bertini, Asher Fisch, Alexei Gergiev, Yuri Aharonovich and Zubin Mehta in repertoire that also includes works of Pergolesi and Dvorak, Mozart’s Mass in C minor, the Faure Requiem and Strauss’s Vier Letzte Lieder. 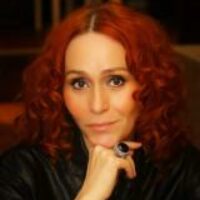