LeeSaar: The Company was established in Israel in 2000 by Lee Sher and Saar Harari. The company uses the different disciplines and training of theater and dance to create contemporary dance performances. The company members are from Taiwan, South Korea, Canada the United States and Israel.

In 2004, after residency in Sydney, Australia, and two seasons in Tel Aviv, the company moved to New York City, where it is currently based. In 2005, Lee and Saar received American green cards awarded for excellence in the performing arts.

Lee, Saar and the company received the following fellowship and Grants:

LeeSaar the Company is active eleven months per year, five days a week and also manages Gaga USA, teaching throughout North America. We invest daily in the development of our movement language and in the creative tools we employ to train our dancers. This, we believe, is the core of our work. This level of dedication puts the dancers in the center of our creation. It allows them freedom to reveal themselves on stage; to become not just interpreters, but inventors.

Lee began her acting career at the age of seven, performing on Israeli television. At the age of 15, she was accepted to the High School of Arts in Tel Aviv. Lee joined the Israeli Army at 18, and served in the parachuters unit.

Following her Army service, Lee studied at the three-year acting studio of Nisan Native in Tel Aviv. She received scholarships from the American-Israeli Foundation with excellence between the years 1998-2000.

In 2000, Lee established LeeSaar The Company with Saar Harari. The Company received a scholarship from the Mosman Art Gallery in Sydney, Australia, where she wrote and directed the play, “Ester.” The play was selected to open the spring season of the City Hall Theater of Tel Aviv and was performed there for two years.

Lee moved to New York City with LeeSaar the Company, and received the American green card for extraordinary achievement in the performing arts. NYFA fellow in choreography.

Lee worked as physical director, on the Miracle worker revival on Broadway. She is also a Gaga teacher.

Saar was born on a farm in Israel to an artistic family and danced until the age of 18. At that age, he joined the Israeli Army and served as a commanding officer in the special forces for 6 years.

At the age of 24, he left the Army and returned to the dance world, dancing with few israelis choreographers. After 2 years he created his first work as an independent choreographer for a dance festival at Suzann Dalal Center in Tel Aviv.

In 2000, he established LeeSaar The Company with Lee Sher. In February 2004, Saar moved to New York City with LeeSaar the Company and received an American green card for extraordinary achievement in the art of dance.

Saar is a gaga teacher and also manages the Gaga activities in the US. 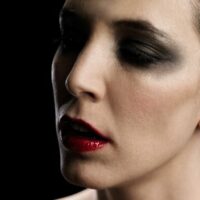