Lihi Javits was born in Israel in September 2000. She lives in Tel-Aviv, and recently graduated from the Classical Music Department at the Thelma-Yellin High School of the Arts, Giva’taim.

Lihi studies piano playing for over 10 years. She began her first lessons with a private teacher, followed by 3 years with Ms. Rachel Feinstein at the Israel Conservatory of Music, Tel Aviv, and the last 4 years with Dr. Michal Tal at the Givataim Conservatory.
This year she will join the Israel Defense Forces as a Musician of Excellence and start her BM studies in Music at the Buchmann Mehta School of Music (BMSM), Tel Aviv University, under the supervision of Dr. Michal Tal.

Lihi is a member of the Jerusalem Music Center and participated at the David Goldman Program for Outstanding Young Musicians, as well as the Aldwell project in which she regularly plays at the Israeli “Voice of Music” national radio station.

She participated in various courses and festivals in Israel and abroad, including the Music Fest in Perugia Italy (2015), the Euro Music Festival in Germany (2016-2017), the Tel Hai International Master Classes (2017), the “Young Pianists” course in Israel (2014-2017) and the master-course for outstanding pianists led by Maestro Murry Perahia.

Lihi performed as a soloist during the “Music Fest”, Perugia, with the festival’s orchestra (2015); and the Thelma Yellin Symphony Orchestra under the baton of Guy Feder (2018).

Lihi won several prizes in the “Piano Forever” competition – the Israel National Competition, Ashdod, including the 3rd prize (2016). She is a recipient of the American-Israel Cultural Foundation (AICF) scholarships since 2015, including the highest award for Outstanding Excellency in 2018. 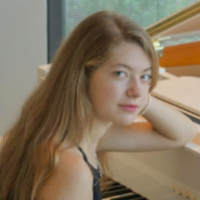