Born and raised in Teaneck, New Jersey, a suburban town in North Jersey, Manara Nivron was well familiar with the multi-cultural and diverse environment she lived in. Having been born to a Romanian mother and a Yemenite father, her household was primarily Israeli oriented – from language to music to cuisine. During her childhood, Manara studied at a Yeshiva in New Jersey for 9 years, and continued onto regular public high school thereafter. Annual summer breaks were always dedicated to visiting close relatives in Israel.

After graduating from high school in 1997, Manara enrolled on an Overseas Student Program at the University of Haifa for one year. It was the first time, at the age of 17, to be on her own, living amongst American and Israeli students. Throughout the program, she had developed a strong love for the country, which convinced her to continue higher education in Israel. In October 1998, she immigrated to Israel and enrolled to Wizo College in Haifa as a first year Photography student. Two years later, she decided to enhance her studies in Film & Television. In 2000, Manara moved to Tel Aviv and enrolled to Camera Obscura School of Art.

While studying in film school, Manara managed to volunteer in many student productions, edit a few student films, and freelance at Getty Images Israel Branch while working on her final documentary project. As always, hard work paid off. “Brothers by Blood” received three film grants, was screened at eight international film festivals, and won three awards.

Since then, Manara continues to freelance as a dialogue coach and personal assistant in independent productions. In 2010, she participated in the Doc Challenge documentary competition with the 7-minute film, “Next Stop, Life”, which granted her the first prize award.

Today, Manara is currently developing her next project, stepping out of her comfort zone of documentaries, to work on her first feature film. 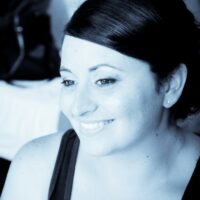