Although he doesn’t feel like he’s received his “big break” yet, you may already recognize Matt Gottlieb’s face—or his voice. An Israeli-born actor, Gottlieb, is part of surge of Israeli programming hitting English-language platforms. Last year, he performed a lead voice-over role on the acclaimed series Fauda, and he is part of the ensemble cast of When Heroes Fly, now playing on Netflix.

A 29-year-old native of Haifa, Matt Gottlieb is the child of a father born in Romania and a Sabra mother of Iraqi descent. He decided to pursue acting in his early teens. Eventually, he arrived in New York. While studying acting, he was cast as a homeless Russian Jew in a play called The Ryan Case: 1873. It helped him receive an O-1 artist visa, which allowed him to head to L.A. and work in Hollywood for the next three years.

Gottlieb’s career got another boost last May, when he was cast in a lead voice-over role on the Netflix show, Fauda. His success in that role helped him score the role in When Heroes Fly. When Heroes Fly follows the challenges of soldiers during and after the 2006 war between Israel and Lebanon. On the show, Gottlieb plays multiple supporting roles, most notably Alon.

Unlike U.S. programs, it is no longer rare to find Orthodox characters on Israeli shows. One of the more minor characters Gottlieb portrays in When Heroes Fly (as well as a major role played by another actor) is shomer Torah u’mitzvos, and he has played additional frum characters at other points in his career.

Currently, there is a variety of Israeli shows available for Americans to stream, including Srugim, The Baker and the Beauty, Hostages, Mossad 101, and Shtisel in addition to Fauda and When Heroes Fly. I asked Gottlieb why U.S. audiences are suddenly more interested in programs that originate in Israel and which reflect the Israeli experience.

Although he is now on the small screen, Gottlieb remains engaged with the theater world. He’s part of Slauson R.C. (pronounced “Rec”) a theater program created by Shia LeBeouf which operates in South L.A. and strives to include local residents. In the spring, he plans to put on the first play at Slauson R.C. 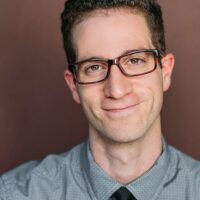