Merav Maroody, a berlin-based photographer, is a ‘Bezalel’ Academy of arts graduate, born and raised in Israel. She started as a photographer when she was 14 years old, living in a desert town called Arad. After graduation, she had worked for over 10 years as a set photographer on various film productions and was one of Sony Pictures’ top five photographers in east Europe. She, later on, established an art magazine called “MsUse” – magazine of art and sexuality. As the chief editor of the magazine, she curated group shows in Tel Aviv, and organized events, bringing together academic writers, poets, and artist.

Maroody is the winner of this year’s first prize in mobile category at Kolga Tbilisi photography festival and BarTur May winner for covid reflection theme. was part of the selection for “Photography Is:Real” international photography festival in Tel Aviv last year. Maroody’s work exists in the tension between a constant search for hiding places, and between a never-ending curiosity with people, with architecture, with light, and with danger. Having moved to Germany a few years ago, and thus becoming an immigrant, she started to explore in her work this notion of feeling at home in a strange place. In that sense, the camera has become a speech aid, helping with the inability to communicate with words in a foreign language. Her recent work revolves around social conventions and anxieties. 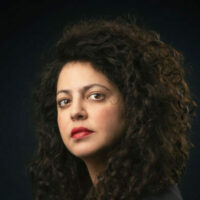