Michal BarOr (b. 1984) is a visual artist currently based in Tel Aviv. She holds a BFA from the Bezalel Academy of Arts and Design, Jerusalem and an MA from the Royal College of Art, London.

BarOr’s works expose and use the power that lies in the transformation of objects into knowledge. Through the exploration of existing knowledge systems, objects, and institutions, she works to expose the building blocks used to construct our histories and identities. She is drawn to systems and institutions and places that are built for the aim of creating order in the chaos of our histories and identities by the acts of cataloging, classification, and organization, and many of her works are institutionally-specific; they challenge the organization and classification of both the place from which they emerged and in which they are shown.

In her works, BarOr turns the conventional photographic action on its head: instead of going out to the three-dimensional world and cutting fragments of it into a two-dimensional photographs, she use existing photographs in their fragmented, flat state and manipulates them, pairing them with text and other objects to create photo-archive installations, thus transforming them once again into tangible and tactile parts of the world. The result is an expanded photographic field; a phenomenological viewing experience in which appropriation, documentation, observation, investigation and interpretation are in constant play.

BarOr has exhibited solo internationally, at such venues as Tenerife Espacio de las Artes, Spain (2018); the Center for Contemporary Art, Tel Aviv (2017); Yad Mordechai Kibbutz (2016); and the Petach-Tikva Museum of Art (2015). She exhibited Nahar, a dual project in collaboration with Avshalom Suliman in the Jewish Arab Collective Gallery in Kibbutz Cabri (2018), and has participated in group exhibitions at venues including the Tel Aviv Museum of Art (2018); Galeria Labirynt, Lublin, Poland (2018); NURTUREart, New York (2016); and the Jerusalem Artist House (2016). In 2018, BarOr completed a three month residency program at MeetFectory in Prague. She was the recipient of the Young Artist Prize, awarded by the Israeli Ministry of Culture, in 2015 and completed a residency at Artport in 2016. 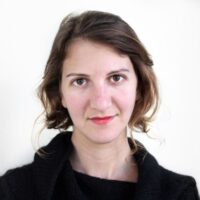