Performed as a soloist with various orchestras including the Haifa Symphony Orchestra, Sinfonietta Beer Sheva, and the Buchmann Mehta Symphony Orchestra, including a 2014 debut in which she performed the Rococo Variations by Tchaikovsky with Zubin Mehta at the Alte Oper Frankfurt. Michal has won numerous prizes, among them: Aviv Cello Competition (2015), Buchmann Mehta School of Music String Competition (2013) and Paul Ben-Haim Competition for Israeli Music (2010). Michal has recorded for public radio in Israel and Holland. In addition, she participated in the Deutsche Grammophon recording of the Beethoven symphony cycle with the West Eastern Divan Orchestra, conducted by Daniel Barenboim.

Since 2003, she is the recipient of scholarships from the America-Israel Cultural Foundation. She has studied with Prof. Shmuel Magen & Prof. Zvi Plesser, completing her B.Mus. degree with distinction at the Buchmann-Mehta School of Music with Prof. Hillel Zori. In addition, she participated in master classes with renowned cellists such as Bernard Greenhouse, Janos Starker, Gary Hoffman, Natalia Gutman, David Geringas and Frans Helmerson. Currently, Michal is studying towards her Masters degree at the HFM Freiburg in the class of Prof. Jean Guihen Queyras. During the 2015-2016 season, Michal will join the SWR Sinfonieorchester Freiburg as a praktikant. Michal served in the Israel Defense Forces as an Outstanding Musician. 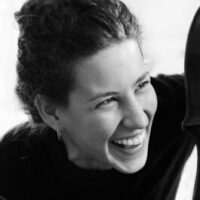