Michal Lewkowicz began studying clarinet under the tutelage of Richard Lesser, former principal Clarinet of the Israeli Philharmonic Orchestra. In 2003, she was accepted to study at the “Staatliche Hochschule für Musik Trossingen” in Germany with Professor Chen Halevi, where she received with honors her Bachelor and Master of Music degrees in 2007 and 2011. Between 2010 – 2013 she studied together with her ensemble Glasperlen Trio Chamber music and later Soloist Artistic Diploma degrees as a student of Professor Sergio Azzolini at the “Musik-akademie der Stadt Basel”. Currently she is studying period clarinets at the “Schola Cantorum Basiliensis” with Professor Pierre-André Taillard.

In 2008, Michal was one of the three musicians to win the “DAAD Baden Württemburg” scholarship to study abroad for one year and has used this to study with Professor Charles Neidich in New York City. Between September and December 2009 Michal was a resident of the Banff Centre in Canada after winning a full scholarship for the “Music and Sound” Program.

As an active chamber musician, Michal plays in different ensembles, including one she started with Chen Halevi, Winds Unlimited – a unique wind ensemble, which performs classical wind music on accurate replicas of instruments which were played during the 18th and 19th century.

Michal Lewkowicz is a recipient of the America Israel Cultural Foundation grants. 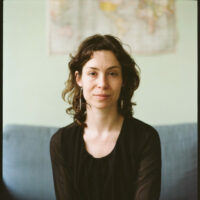