Mira Tzur is best known for her multi-faceted talents and familiar presence. She is an Israeli-American actress, theater and film producer, a French countess from the Theraube lineage, social philanthropist, and selectively serves as the #1 FLOTUS impersonator.

But this is only a small segment of her rich and diversified life. Born and raised in Herzliya, Israel, Ms. Tzur began her first career as a prodigy ballet and musical theatre performer, graduating Thelma Yellin School of the Arts with a full scholarship from the America-Israel Cultural Foundation (AICF) she joined the world-renowned Batsheva Dance Ensemble and shortly after was drafted to the Israeli Defense Force to serve her country, as a counterintelligence officer.

Relocating to New York City, Ms. Tzur continued her studies at the Lee Strasberg Institute, NYU Film and Atlantic Theater school. She appeared in the national Broadway touring company of Cabaret and Cleopatra.

Following her move to Monte Carlo as a resident artist, she performed at the royalty Sporting Theatre, for series of concerts with Elton John, Liza Minnelli, Harry Connick Jr, Julio Iglesias, Paul Anka, and many others throughout Europe & the U.S. Her original choreography of the famous Gypsy Jezebel led to her next royalty performance invite for King Hassan II palace theater in Marrakech Morocco.

Her first segue from theatre was the television series on Comedy Central Viva Variety directed by Mark Gentile, followed by recurring roles on FX's Rescue Me with Denis Leary, NBC's 30 Rock with Alec Baldwin, Fox's Fringe by J.J. Abrams, HBO's How to Make it in America by Mark Wahlberg, Oxygen's Body of Work, Bravo's Untying the Knot. Her film credits include: The Stepford Wives, The Devil Wears Prada, Pink Panther, The Last Dance, Junk, My Father My Don, Slovenian Lady Land Documentary, Hardly Waiting.

In 2011 Mira founded One Circle Productions. With a keen eye for great stories, talent, and ability to raise capital, she fosters projects that are thought-provoking, reflective, and socially responsible—promoting diverse voices.

Mira’s philanthropy work continues as the Director of I-PEARLS, an aid organization for victimized children with burn injuries. As an advisory committee for America Israel Culture Foundation, and as the Ambassador of the Bali Children Project,

Mira continues to assist in raising awareness and support through her vast network and resources. 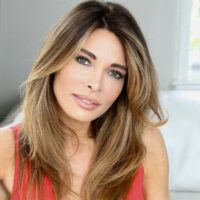