“Mor Ben Yakir is a brilliant musician with an honest and original path that had drawn her into the Modern Jazz scene. Her music evokes a humanistic quality and innocence, full of spirit and emotional expression. Mor truly brings a heightened sense of musicality to every project and overwhelming joy to all that are able to experience her grace through her art.” (Nancy Jazz Festival).

As a native of Eilat, Israel, Mor Ben Yakir, a vocalist and composer, has a deep affinity for nature, that has been an integral part of her life since early childhood, as she grew up at the foot of the Desert Mountains on the Red Sea. This is a major component of her musical tapestry along with Yemenite roots and historical inspiration. “Inside me I feel like a desert-sea girl that wants, through the power of music, to share her life story.”

Mor’s first encounter with music was at the age of 6, when she started studying at a special naturalistic arts school, which introduced her to the world of arts. There she enrolled in classes in Theatre, Filmmaking, Animation and Natural studies, but more than anything, the school ignited in her the love of Music. She began her musical studies at the Red Sea Eilat Conservatory when she was 8. There she had studied classical Piano and Theoretical studies. The Red Sea Jazz Festival, that happens every summer in her hometown, was the main impact of her attraction to Jazz and the reason for the significant turning point to switch from Piano and concentrate on a different instrument – voice. “I remember that balmy August night. Dry, hot air mixed with the smell of the sea, wine and the passionate sounds of jazz. It’s still imprinted on my heart. I was a little child, standing under the huge stage and melting to the sounds of that music.” Mor has always had a deep love for singing and a natural instinct for doing so as she grew up in a family with Yemenite roots, where singing and rhythm is a significant part of its tradition. But after that special encounter with jazz she had decided to advance this predilection a few steps forward and develop her technical skills to the fullest.

While there was no possibility for any musical education in any style like Jazz in her hometown, Mor has decided, to take voice lessons in a classical training technique, as she would spend hours listening and transcribing a wide range of jazz musicians (Charlie Parker, Miles Davis, John Coltrane, Ella Fitzgerald, Sarah Vaughan and more…) who became her most important teachers.

Mor knew that in order to become the musician she dreamed to be, she had to get out of the environment that can’t provide the musical recourses she needed. Yet, Mor was persistent with taking advantage of every musical opportunity her town could offer her.

While working in an afternoon job and saving money in order to take a trip to New York City and see how the Jazz scene is different there, still in high school, Mor would fly often to Tel Aviv with the money she saved and would take private lessons in Jazz Harmony and Improvisation with the top teachers in the country. As soon as she finished her high-school studies, Mor finally moved to Tel Aviv and soon became a part of the main Jazz scene. After a year of performing and studying in Tel Aviv and around Israel, a trip to New York that she took in 2006, made her realized that eventually, she would like to move abroad, where she could truly fulfill her potential as a part of the international Jazz scene.

Coming back to Tel Aviv, Mor was awarded the presidential scholarship to the Rimon School Of Jazz And Contemporary Music, where she enrolled in Jazz Performance program. After one year of study, Mor was offered a scholarship to attend the prestigious Berklee College Of Music in Boston.

She was chosen among many students to be a part of the Berklee Global Jazz Institute directed by Danilo Perez and honored to be chosen as the Israeli representative to the world Music organization “The Rhythm Of The Universe”.

As soon as Mor graduated with honors on a full scholarship from Berklee College Of Music, pursuing her BA in music Performance, she had recently moved to NYC and soon became a part of the local Jazz scene, as she is anticipated finish recording her debut album.

Since moving to the US, Mor had many musical collaborations and performances with different groups and touring in Boston, New England, New York, Israel and France. She played in venues such as ‘Boston Symphony Hall’, the Hutshell by the River’, ‘The Boston Arena Stadium’ ‘Birdland’, ‘The Red Sea Jazz Festival’ and as well she was invited to tour and perform, leading her own group, in the famous “Nancy Jazz Festival” in France among other known venues around the world. Also, Mor has played with Grammy award winning artists including Esperanza Spalding, Lionel Loueke, Chuco Valdez, Greg Osby, Aaron Parks, Jeff Ballard, Julian Lage and Russell Malone.

All those years of being a self-taught person, of searching and discovering on her own the knowledge she lacked in her small hometown, were the foundation for her strong ambition, self-discipline and passion for music and creation. She counts her role as an artist as a significant part of her life, as she considers her mission to create music that will connect with every type of listener in a personal level. “For me Jazz is not just a genre, more as it is a concept, a language, a state of mind and a way to dig into the depth of things. I’m trying to emphasis the richness and the freedom of it in my music, and make even a listener who doesn’t speak the Jazz language, to connect with.” 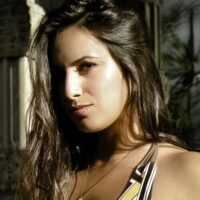