Natalya was born in Moscow. Immigrated to Israel in 1992. Lives and works in Bney Aish.

Since 1994, member of the Association of Painters and Sculptors, Jerusalem

1996 Scholarship of the Ministry of Culture, Schleswig-Goldstein, Germany

2001 Inspired by Rembrandt and others, Korin Maaman Museum, Ashdod 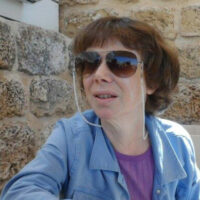