Netta Shahar graduated from the Jerusalem Academy for Music and Dance with a Master degree, where she studied with Mr. Rafi Kadishson and with Prof. Amnon Wolman. She studied also with Prof. Oded Zehavi.

Her works and arrangements were performed in various festivals which include Voice of Music in the Upper Galilee, Sounds in the Desert, Summer Ends festival, Akko Opera festival, Animix festival, the Pianos festival and the Israel Festival, as well as in various projects, which include 7X7 of the Israeli Choreographers Association and Opera in the Galleries at the Israel Museum.

Her arrangements were performed by orchestras in Israel and abroad, which include the Israeli Kibbutz Chamber Orchestra, the Raanana Symphonette, Israel Symphonette Beer Sheva, the Israeli Andalusian Orchestra – Ashdod, the Jerusalem Street Orchestra, the Revolution Orchestra, the Orchestra of Daegu University in Seoul, South Korea and ensembles such as Meitar Ensemble, the Jerusalem Academy Chamber Choir and the Israeli Opera Meitar Opera Studio. Her piece In Kfar-Blum was commission by the Kerem Ensemble with vocalist Yeela Avital and was premièred at the 2014 Voice of Music in the Upper Galilee.

Her piece Many Like Me awarded an honorable mention from Contempo Festival’s competition at Boston Metro Opera. Netta is a recipient of AICF scholarship and Rabinovich Foundation for the Arts. 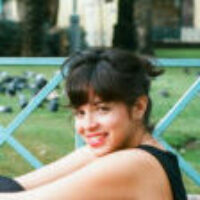