Noa Arad Yairi is an Israeli-born, Jerusalem-based contemporary artist working mainly in the media of sculpting.

Arad Yairi studied visual arts at the NB Haifa School of Design (1984-1988). Soon after her graduation she opened a design studio and has been an art director and graphic designer.

In 2007 Noa closed the studio and started working full time as a sculptor. She is showing in exhibitions since 2009.
Noa sculpts in clay in the subtraction technique. Some sculptures are fired and stay in clay but more often she makes a mold and casts different materials, depending on the subject (cement, polymeric plaster, polyester among others).

Alongside her studio work, Arad Yairi is working with the Empty House group in artistic ventures since 2012, as an artist and as an artistic manager. She was invited by the Jewish culture festival in Krakow to a residency during the festival, with a group of artists from HaMiffal (an artistic venue in Jerusalem she is one of its founders) in 2018. In 2018 she was invited to an international residency in HaMiffal.

2019 The Dream of those who are awake, installation, "Hope", Rishon LeZion Museum, Curator: Dana Arieli

Arad Yairi teaches sculpture in the Emuna Academic College of Art and Education, and is an advisor for projects at the Bezalel Academy of Art and Design. 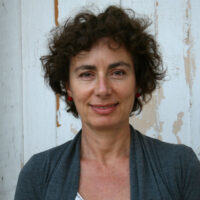