Noa Sarid was born in 1996. She graduated from the Thelma Yellin High School of the Arts in Givatayim and the Israel Conservatory of Music in Tel Aviv. She is currently pursuing her Bachelor’s degree at the Jerusalem Academy of Music and Dance, under Prof. Roi Shiloah.

Noa began studying the violin at age 5 at the Israel Conservatory of Music with Prof. Nava Milo and later with Prof. Roi Shiloah, and performed as a soloist, in chamber music ensembles and in the orchestra of the Israel Conservatory. She performed as a soloist with the Symphonette Raanana Orchestra, and in 2014, performed the Mendelssohn violin concerto in Israel and abroad as a soloist with the Thelma Yellin Symphony Orchestra. In the summers of 2014 and 2016 Noa participated in the Aspen Music Festival and School (Colorado, USA). During the festival she played at the Aspen Philharmonic Orchestra, and studied the violin under Prof. Masao Kawasaki and Prof. Cornelia Heard, and chamber music under Prof. Darrett Adkins. For participating in the festival, Noa received a special grant from the AICF. In summer 2015 Noa played in the Young Philharmonic Orchestra Jerusalem-Weimar on tour in Germany.

Noa participated in masterclasses with the violinists: Michael Veimann, Jonathan Barick, Ilan Gronich, Miriam Fried, Roberto Gini and Shmuel Ashkenazi. She has participated in the Jerusalem Music Center Chamber Music Program, and studied chamber music under Prof. Roi Shiloah. Noa was accepted to the Younes and Soraya Nazarian scholarship program for chamber music of the Jerusalem Academy of Music for the academic years of 2014-2017. Noa serves at the Outstanding Musician Unit of the Education Corps, as the first violinist of the IDF String Quartet. In March 2015 Noa played with the IDF String Quartet at the AIPAC Conference in Washington DC, USA.

Noa has won the America-Israel Cultural Foundation scholarships since the age of 8, (in 2009 and 2013 with high distinction; in 2011 and 2015 with distinction), and has also won a scholarship from the Ronen Foundation. She was a finalist of the Paul Ben Haim Competition (youth category, 2012), and won several prizes at the UNO Competition of the Jerusalem Academy of Music (second prize, 2013) and the Jerusalem Academy Chamber Music Competition (second prize in 2015; third prize in 2016). 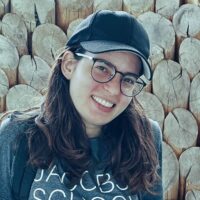