Or is studying at the prestigious Lübeck Academy of Music, Germany – under the tutelage of Reiner Wehle & Sabine Meyer.

At the age of 10, Or began clarinet studies at the Netanya Conservatory, then went on to The Israel Conservatory of Music, Tel Aviv whilst enrolled at the Thelma Yellin High School for the Arts, Givatayim.

Or has received scholarships and recognition as an outstanding musician from The American Israel Cultural Foundation and Zefunot Culture (Secrets of Culture).

Or has performed in Israel, USA, France, Italy, Switzerland, Spain, Germany and Romania. 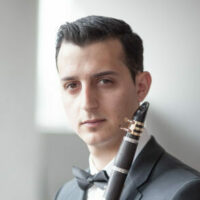