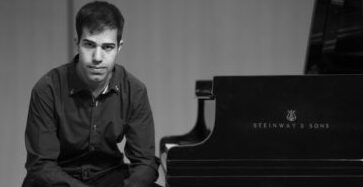 Or’s pieces were played in Israel and abroad, including by the Meitar Ensemble. He also won, among other composition competitions, 1st prize in the Israeli Composition Competition organized by the Shtriker conservatory, 2nd prize in the Alotin competition for his piece Fughetta Burlesque con variazioni and made it to the finals of the Dvorak competition in Prague with his piece Water Images, where he spent 5 days in the intensive finals to compose two pieces. Or also participated in the Zlil Meudkan composition festival, organized by the 21 Century Ensemble.

Among the halls where he performed are Clairmont Hall and Shtriker – Tel Aviv, the Edem-Tamir Ein Karem Center and Mishkenot Sha’ananim – Jerusalem, the Holon Theater, the Rishon LeZion Culture Hall, Raatsaal Hall – Germany, the Coimbra Conservatory Hall – Portugal and Casa Verdi – Milan. He also played several times in the Israeli Music Festival, the “Youth in the Center” (Zeirim BaMerkaz) program and the Excellence Concert in Ein Karem (both were broadcasted on the national radio).

Or played under the baton of Ovidiu Balan and the Bacau Philharmonic Orchestra and Bernhard Forck in the Israeli premiere of Telemann’s Orpheus.

Or encourages contemporary, especially Israeli music, while giving it exposure and stage in competitions, festivals and concerts. He is the first to upload to YouTube recordings of certain pieces, such as Radzynski’s Canto and Damian’s Carta quintet.

In addition, Or served in the IDF and was released from service with distinction. He speaks 5 different languages.

Or is a graduate BA student of the Buchmann-Mehta School of Music, Tel Aviv university. 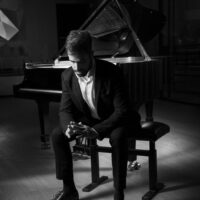