A consummate musician recognized for her grace, subtlety, and brilliance, Orli Shaham has established an impressive international reputation as one of today's most gifted pianists. Hailed by critics on four continents, Ms. Shaham is admired for her interpretations of both standard and modern repertoire. The New York Times called her a "brilliant pianist," The Chicago Tribune referred to her as “a first-rate Mozartean” in a performance with the Chicago Symphony, and London's Guardian said Ms. Shaham's playing at the Proms was “perfection."

Orli Shaham has performed with most of the major orchestras in the United States, and with many significant ensembles internationally, including the BBC Symphony Orchestra, Israel Philharmonic Orchestra, Orchestre National de France, and Sydney Symphony Orchestra.

Ms. Shaham’s 2021-2022 season includes performances with the Marin Symphony (Alasdair Neale conducting) and Reading Symphony Orchestra. She is in her 14th season as the Artistic Director for Pacific Symphony’s chamber music series in Costa Mesa, California. She is a featured performer and host on each of the chamber recitals throughout the series. In 2021 she gave the world premiere performance of the newly commissioned work by Margaret Brouwer, “Parallel Isolations” with musicians from the symphony.

In 2020, as part of her multi-year, multi-disc Mozart project, Orli Shaham released the first of a five-volume set of the complete Mozart piano sonatas on the Canary Classics label. "Shaham’s skills are nothing short of awe-inspiring," hailed Take Effect Reviews. Volume 1 includes Piano Sonatas No. 3, K. 281, No. 13, K. 333, and No. 17, K. 570; all in Bb major. Volumes 2 and 3 of this Mozart sonata cycle are released in 2021.

Orli Shaham has been a Steinway Artist since 2003. 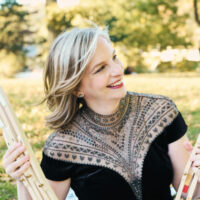