Concert flutist and chamber music player – born in Israel and is currently based in Europe (Vienna, Austria).

Ory served as a jury member in the FlavtIstra Festival and competition in Koper, Slovenia in November 2012 and invited to teach as a professor in the summer music festival “Eduardo Ocon” in Mollina, Malaga, Spain in August 2013 and 2014. 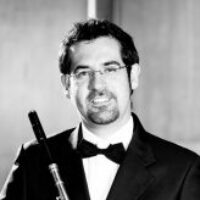