First prize winner of the prestigious International Tokyo Competition, Ran Zemach was born in Israel in May 1969 and first began his piano studies at the age of 6 with the guidance of his mother and father. After only two years he was accepted as an exceptional child prodigy to the class taught by Arie Vardi, with whom he studied intensively for 14 years.

Ran has been receiving grants annually from the America-Israel Cultural Foundation since he was 9, and was awarded the first prize in the important Clairmont national competition for seven years in a row since he was 11. Turning 12, he first performed as a soloist with the Jerusalem Symphony Orchestra under Gary Bertini, playing the second Mendelssohn concerto in a celebrated live radio broadcast concert. In the same year he gave his first concert with the Israel Philharmonic Orchestra performing a Bach concerto, and just a year later, aged 14, he performed Rachmaninoff’s first piano concerto with the Israel Philharmonic and Maestro Zubin Mehta, in a concert which was broadcast both on national TV and on the radio. From then on, he performed regularly with all major Israeli orchestras and gave numerous recitals and live radio broadcasts.

In November 1986, aged 17 and a half, he won the first prize, the gold medal and other special prizes at the International Piano Competition of Japan in Tokyo, at the time one of the most prestigious piano competitions in the world.

Following this success, Ran Zemach was invited to give numerous concerts throughout Japan, Europe and Israel including TV and radio broadcasts. He has also recorded live performances for the Fontec record label. Zemach was invited by Maestro Zubin Mehta to participate in the “100th Anniversary of the Birth of Arthur Rubinstein” festival with the Israel Philharmonic Orchestra and Mehta, together with the internationally leading pianists such as Pollini, Brendel, Perahia, Barenboim and Lupu. In the following years, he was invited to perform in major halls in Russia, Poland, USA, Italy, Great Britain, Japan and more. In 1991, following the historical Israeli-Egyptian peace agreement, for the first time, an important Egyptian musician was engaged to perform in Israel. Taha Nagui, the main conductor of the Cairo Symphony, performed with the Jerusalem Symphony, with Zemach as the soloist for the first piano concerto by Tchaikovsky. Later in the nineties, Ran continued his studies with acclaimed pianist professor Russel Sherman in Boston, where he earned his Artist Diploma degree from the New England Conservatory school of music.

In recent years, Ran Zemach has been involved in performing works of the great French Jewish composer, Charles-Valentin Alkan, whose works are considered especially difficult to play because of their astonishing virtuosity. One of his great works, the Symphony for Piano solo, opus 39, which is also known as the “Etudes on the minor keys” number 4-7, was first performed in Israel by Ran Zemach in a series of recitals, one of which was broadcast live on Israeli radio in 2007.

In addition to his musical activities as an international concert pianist, Ran Zemach also devotes his time to talented advanced pianists as a mentor and coach.

Ran Zemach has also graduated from the Computer Science faculty in the Technion of Haifa, where he earned B.Sc. and M.Sc. He now resides in Zichron-Ya’acov with his wife and their 5 children. 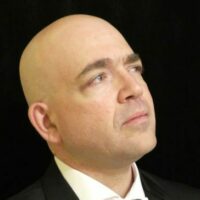