Rania Ateek, Soprano. Graduated from Emek Yizrael conservatory, in which she sang in the “Shani” choir and performed within as a soloist in Israel and abroad.

In the last couple of years, she participated in the “International Summer Opera Program” in Tel Aviv, in which she had the honor to work with several conductors and vocal coaches, including Kevin Murphy, Abby Furmansky, Mark Schneibel, Michael Shell. She performed the role of First Child Spirit, in the opera production of “Die Zauberflöte” by Mozart.

Within the academy, Rania has participated in Masterclasses with Maestro Dan Ettinger, the music director of the Israeli Opera and the Rishon Litsion Orchestra, and with Mr. Brian Zeger, the head of the vocal department in Juilliard.

Rania won first place in the competition of art songs in the name of Ada Brodsky 2019-2020. In addition, she has performed in the academy’s opera productions, the roles of Serpetta in Mozart's “La Finta Giardiniera”, the role of Barbarina in Mozart's “Le Nozze di Figaro” by Mozart.

In summer 2021 Rania participated in the Saluzzo Opera Academy in Italy, in which she performed the role of Susanna in the opera Mozart's “Le Nozze di Figaro”.

In 2020-2021, the American-Israeli Cultural Foundational has awarded Rania a scholarship for Classical Vocal Performance Soprano.

Throughout Easter 2021, Rania has participated in several concerts with the Jerusalem Symphony Orchestra, conducted by Maestro Nizar Elkhater. She has also performed in the musical dance event “Public Parking” as a part of the Israel Festival program.

Rania is a member of the Chamber Choir of the Jerusalem Academy of Music and Dance conducted by Prof. Stanley Sperber. Within the choir, she has worked with multiple conductors including Marin Alsop, Dan Ettinger and maestro Zubin Mehta. She also performed as a soloist in the choir in Israel and abroad. 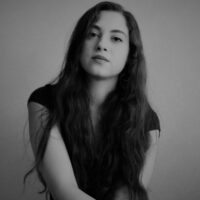