In September 2014, he started studying clarinet and music theory at Kfar Saba Conservatory. During his first year at the conservatory, Ron achieved notable success and showed rapid improvement in his studies. By the beginning of his second year, Ron was already playing in the youth band for middle school students.

Between 2015 and 2018, he performed with the band at the annual Kfar Saba Festival for Orchestra and Big Band. From 2017 to 2019, he played in the junior division of the National Youth Wind Band.

In February 2018, Ron took part in a clarinet masterclass by Yevgeny Yehudin. Ron finished each of his academic years in Kfar Saba with honors, and on June 25, 2018, performed at the concert for honors students. Since September 2018, Ron has been continuing his musical education at the Raanana Music Center, under Michael Gurfinkel. He has also been playing with a clarinet ensemble lead by Mr. Gurfinkel, as well as in the youth band at the Music Center. Since the 2019/20 academic year, Ron has been playing with the Raanana Youth Symphony Orchestra, and in the senior division of the National Youth Wind Band.

In spring 2019, Ron Dorman won the first prize in the “Musical Spring” competition in Raanana, Israel, in wind instruments among middle-school students, and played in the closing concert of the competition on April 11, 2019. He also won a grant from the Creative Excellence Grants program by the America-Israel Cultural Foundation (“Sharett Grants”) for the 2019/20 and 2020/21 academic years.

In January 2020, Ron took second prize in the nationwide Woodwind and Brass Competition in Kfar Saba.

In February 2020, Ron won the first prize in the “Musical Spring” competition in Raanana, Israel, in wind instruments among middle-school students – for the second year in a row. 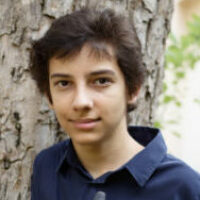