Rotem started his conducting studies at the age of 17, under the guidance of Vag Papian. He earned a B.M. in orchestral conducting from the Buchman-Mehta School of Music at Tel-Aviv University, where he studied with Prof. Yoav Talmi, Yi-an Xu, and Ronen Borshevsky. In spring 2020 he earned a doctoral degree in orchestral conducting from the University of Michigan, where he also earned his master’s degree, studying with the renowned conductor Kenneth Kiesler. At Michigan he served as the music director of both the Michigan Pops Orchestra and the Campus Symphony Orchestra, leading these ensembles to new heights.

In his native Israel Rotem led many orchestral, band, and vocal ensembles achieving national acclaim as a conductor and educator.

In addition to his work as a conductor, he is also known as an arranger and orchestrator for numerous genres and ensembles. One of his specialties is writing for student-ensembles, tailored to their specific technical and musical abilities. His arrangements can be found on Sheetmusicplus.com. 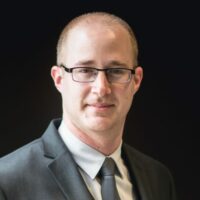