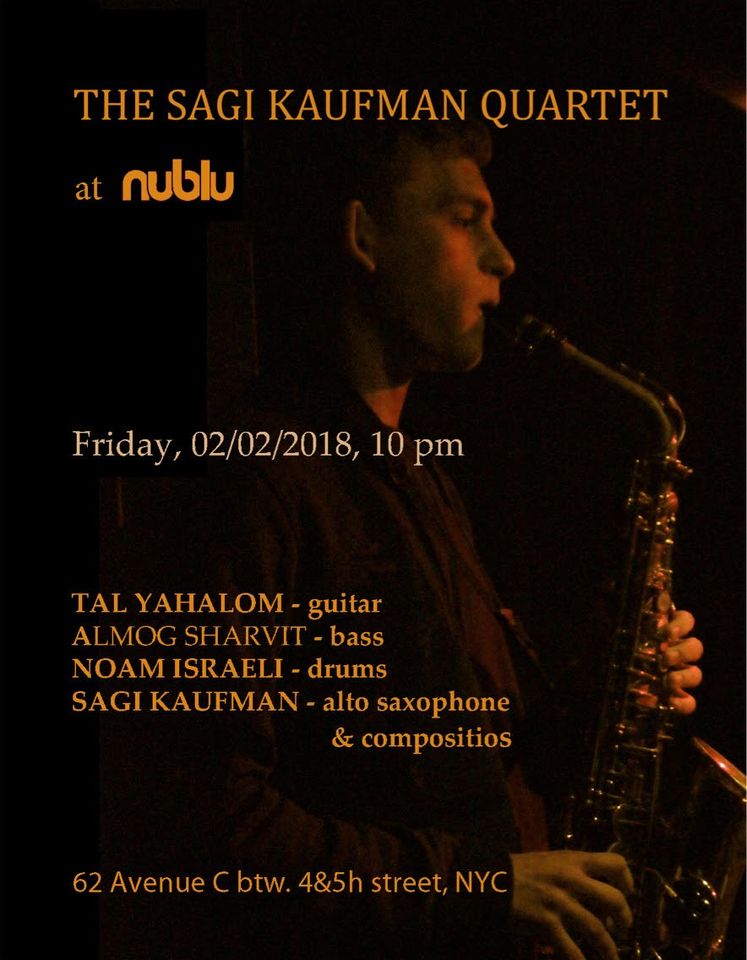 Born in Israel in 1991, Sagi Kaufman started playing the alto saxophone at the age of 8. Sagi’s childhood, soaked in MTV, Israeli Radio, and the classic scores of Tom & Jerry, took an immediate turn towards jazz when he heard the exciting playing of Sonny Rollins. He then joined a local jazz band, and as a preteen, started performing all over Israel. As a young music student, Sagi encountered the iconoclastic educator, the late Amit Golan, who as a mentor, nurtured Sagi’s love of music and encouraged him to pursue a music career at the world capital of jazz, New York City.

In 2012, Sagi moved to New York and began his studies at the New School for Jazz and Contemporary Music, where he has studied with John Ellis, George Cables, Andrew Cyrille, Bill McHenry, and Lee Konitz, and graduated in 2014.

Sagi has won scholarships from the America-Israel Foundation in the years 2006/7-2007/8 and 2010-2011. He has played as a sideman and led his own bands in Israel and throughout North America, playing at notable venues and festivals such as Nublu, The Rex, Downtown Music Gallery, Red Sea Jazz Festival and Beit Haamudim, and collaborating with household names such as Matt Wilson, Jeff Davis, Billy Drewes, Yonathan Avishai, and Colin Stranahan, to name a few.

Early on in his artistic development, Sagi started to compose original music, and to orchestrate it for unusual musical settings; most notably, a trio, comprised of saxophone, guitar and drums. Sagi’s music often resides the “grey area” between improvised music, straight-ahead jazz and classical music. There is a hummable melody, as well as a solid structure. The improvisation is as informed by swing and bebop as it is by minimalism and serialism, but most of all, it is a product of the musicians’ connection and of the moment itself. The goal is never just to demonstrate the skill of the musicians, but to embrace the beauty and intimacy of subtle and spontaneous moments in music. 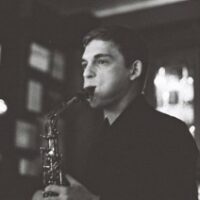