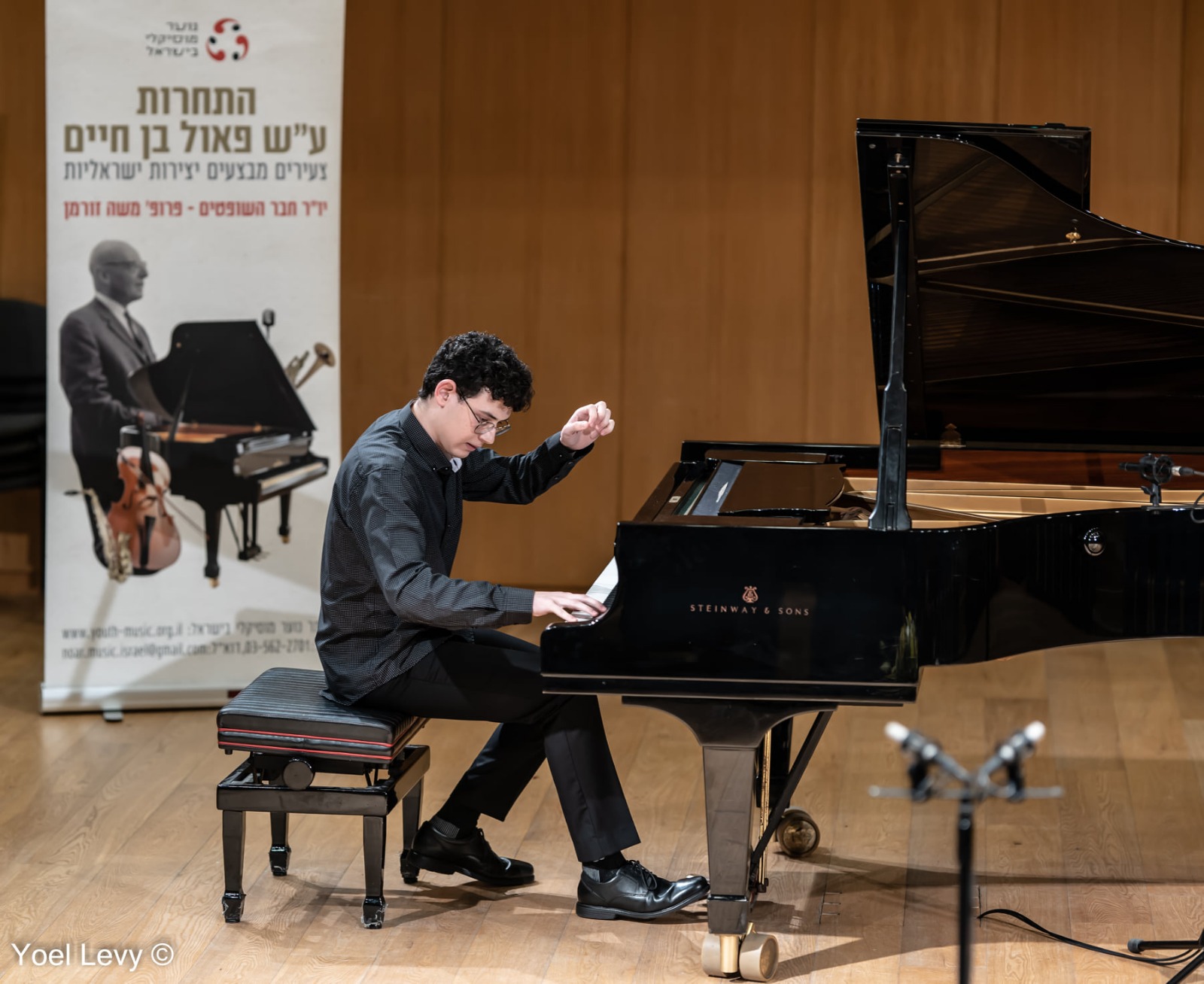 Shahar Baltsan, born in 2005, is currently studying piano with Mr. Ron Trachtman at the Israel Conservatory of Music in Tel Aviv.
Shahar began his musical studies at the age of five.
In his third year of study, he began his path at the conservatory in the class of Mr. Trachtman.
Shahar studied music theory and literature at the conservatory and played chamber music there.
At age 13, Shahar began studying in the classical music program at the Kfar Hayark school in Ramat Hasharon. There, under program head Ayelet Lifshitz, he continued to study theory and musical literature and played in multiple other chamber ensembles.

Shahar plays in master classes for various artists at the conservatory regularly, among them Prof. Arie Vardi, 2008 Rubinstein competition first prize winner Roman Rabinovich, and more.
In May 2020, Shahar auditioned for a scholarship awarded by the America-Israel Cultural Foundation, in which he won an Honors Scholarship.
Shahar participates in the Jerusalem Music Center's pianists’ program, where he played in several master classes with Prof. Asaf Zohar and Prof. Michal Tal, and takes part in the David Goldman program for chamber music.
In the summer of 2021, as well as 2022, Shahar participated in Tel-Hai Piano Masterclasses in Midreshet Ben-Gurion, where he studied with Prof. Alon Goldstein, Prof. Zohar, Prof. Aviram Reichert and Prof. Tomer Lev.

Shahar has won an honorary scholarship from the America-Israel Cultural Foundation for the years 2022-23.
Shahar performs regularly at the conservatory in Tel-Aviv. 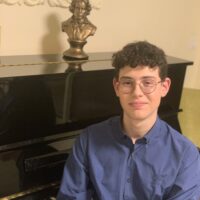