Born in 1992, Schachar Regev is an interdisciplinary composer, singer and cellist. Schachar graduated from the Composition department at the Jerusalem Academy of Music and Dance. Currently, Regev is a master’s candidate in composition at Mannes School of Music, with Prof. Lowell Liebermann in New York City. Her works include various styles of orchestrations – vocal, chamber and orchestral music. Her pieces have been played by ensembles and orchestras in concerts and festivals in Israel and overseas. She also composes music for the theater, musical arrangements, and original songs.

The going from a world we know, for two Sopranos. Premiere concert – “Poem Balev” in Recanati hall, Tel Aviv.

Memorial, for Cello solo, Bespoke by Tamar Sagiv with the guidance of Matt Haimovitz for “Bach cello suite overtures” project.

2018
Fantasy, for Orchestra. Premier Tslilim Bamidbar Festival (Sounds in the Dessert), Fantasy performed at the opening concert of in December 2018 by the Raanana Symphonette Orchestra, conducted by Roi Azulai.

Into the Depth, for cello and piano. Won third place in the 2018 Mark Kopytman Composition Contest. Into the Depth was performed by the Meitar Ensemble at the OEGZM concert in Mishkenot Sha’ananim hall, Jerusalem, Israel on May 25, 2018.

2017
Childhood Scenes, orchestral suite. Bespoke piece for the Eshkol Region’s Orchestra for Youth who live in peripheral areas of Israel for 2016-2017. Premier performance on January 23, 2017, at an Israel youth orchestras conference. Additional performances in the Eshkol region and in the Jerusalem Academy of Music and Dance. 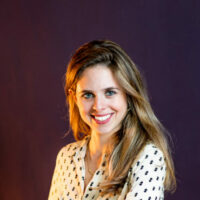