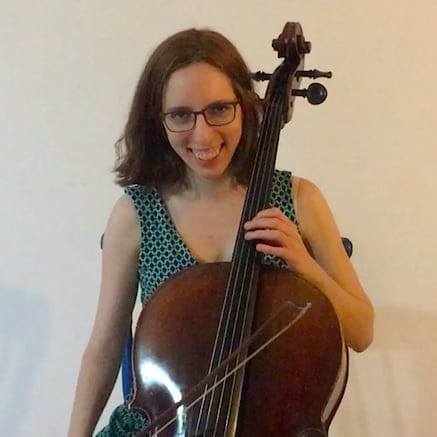 Shulamit Sarid, born in Jerusalem in 1993, began studying the cello at age 5 with her mother, the cello teacher Mrs. Bluma Sarid at the Israel Conservatory. In 2009 she graduated from the Thelma Yellin High School of the Arts with special distinction, and in 2014 graduated summa cum laude with a Bachelor’s degree from the Buchmann Mehta School of Music, Tel Aviv University under Mr. Hillel Zori and later under Mrs. Chagit Glaser. In 2016 Shulamit graduated with a Master’s degree from the Jerusalem Academy of Music and Dance under Mr. Zvi Plesser. Currently Shulamit pursues her studies for Artist Diploma at the Glenn Gould School of the Royal Conservatory in Toronto, Canada with Mr. Andres Diaz and Mr. Desmond Hoebig.

Shulamit performed as a soloist with the Israel Chamber Orchestra and the Thelma Yellin Symphony Orchestra in Mann Auditorium (Tel Aviv, 2009). In 2012-2013, She was chosen to play in the Gertler Quartet, the representative string quartet of the Buchmann Mehta School of Music under Prof. Avi Abramovich. She was a principal cellist in the Buchmann Mehta School of Music tour to Brazil (2011) and at the Jerusalem Academy.

Shulamit participated in the Boston University Tanglewood Institute Festival (Massachusetts, 2010), in the String Quartet Workshop and the Young Artists Orchestra; the Aspen Music Festival and School (Colorado, 2016), and has received a special grant from the AICF for participating at both festivals; Master classes for Strings and Winds at the Banff Centre (Canada, 2015) with a full scholarship; Keshet Eilon Summer Course (Israel, 2009 and 2011); courses for chamber music and orchestral playing of the Israel Cello Society and the Young Israel Philharmonic Orchestra; and the Young Philharmonic Orchestra Jerusalem-Weimar (Germany, 2015).

Shulamit served in the IDF Outstanding Musician Unit. She played for the Music for the Community Project of the Education Corps and performed daily for the elderly, the sick, and children with special needs. In 2012, she had the opportunity to play in Poland in the ceremony at Auschwitz on the Holocaust Memorial Day, as part of her army service, through a delegation called “Witnesses in Uniform.”

Shulamit has won the AICF scholarships since 2001 and a scholarship with distinction in 2009 and 2015. She has been awarded the Tel Aviv University Dean’s Award for Outstanding Academic Achievement (2010 and 2013); and has won the Tel Aviv University Chamber Music Competition (First Prize in 2011, Second Prize in 2012), the Jerusalem Academy of Music Chamber Music Competition (Second Prize in 2015, Third Prize in 2016); the Gritz String Competition (Second Prize, 2016); a recommendation from the Paul Ben Haim Competition (2006); and the Turgeman Competition for strings (First Prize, adult category, 2009). She has also won numerous scholarships from the following foundations: Ronen, Zfunot Tarbut, Buchman Heiman, Rehovot Soroptimist, and Canada-Israel Cultural Foundation, and was accepted to the Younes and Soraya Nazarian scholarship program for chamber music for the academic years of 2014 and 2015 at the Jerusalem Academy. 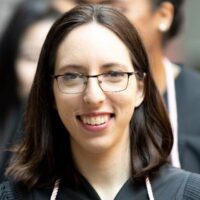